Kadima is preparing for a showdown with their leadership primary expected to be held sometime in March. Opposition Leader Tzipi Livni and Knesset Foreign Affairs and Defense Committee Chairman Shaul Mofaz have the support of a dozen MKs each.

Only two of Kadima’s 28 MKs are not on either side. Faction Chairwoman MK Dalia Itzik has decided to remain neutral and MK Avi Dichter is still planning to run for Kadima leadership himself. Many expect Dichter to drop out before the primary and join forces with Mofaz, similarly to MK Sheetrit, who dropped out of the race this weekend.

MK Sheetrit, who was first elected to Knesset in 1981, has never run against an incumbent. Following Prime Minister Ehud Olmert’s resignation, he finished in third place (8.5%) behind Livni and Mofaz in Kadima’s 2008 leadership contest. Following the first-term resignation of Prime Minister Netanyahu, he finished third (22%) behind Ariel Sharon and Ehud Olmert in the 1999 Likud leadership race. 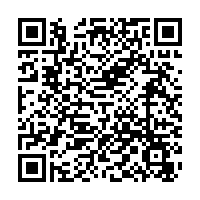