On the first anniversary of the “Arab Spring,” many Arabs are beginning to wonder whether they would soon start missing the corrupt dictators who ruled them for the past few decades.

The “Arab Spring” was supposed to bring democracy, transparency and reform to the Arab world. It was supposed to end human rights violations and see the birth of a free and independent media.

The “Arab Spring” was supposed to promote the rights of women and minorities in the Arab world and encourage young Arabs and Muslims to abandon extremist views and terrorism.

The “Arab Spring” was supposed to be led by young and charismatic Western-educated activists who would bring moderation and pragmatism to the Arab world.

The “Arab Spring” was supposed to turn the Arab countries into attraction for tourism and investors from all around the world.

But judging from the outcome of the uprisings in Tunisia, Egypt, Libya and Yemen, it is evident that the ‘Arab Spring” has failed to achieve any of these goals. As far as many Arabs are concerned, their “spring” has thus far proven to be a total disaster.

Residents in several Arab countries affected by the “Arab Spring” protests said they feel less safe now than they did before the uprisings, according to a study conducted by Abu Dhabi’s Gallup Polls.

The four Arab countries where the leaders have been toppled are now in the hands of Muslim fundamentalists, who used the “Arab Spring” as a vehicle to rise to power.

Tunisia’s Islamist party, Ennahda, is already demanding an Islamic state. Human rights activists say that with the arrival of the “Arab Spring,” freedom of speech in Tunisia, instead of growing, has died.

Nabil Karoui, owner of a Tunisian TV station, is currently on trial for blasphemy after airing the French-Iranian animated film “Persepolis,” which features a cartoon depiction of God. About 150 lawyers filed lawsuits against Karoui for “violating sacred values” and disturbing public order.”

Two weeks ago, hundreds of Muslim fundamentalists who follow the radical Wahhabi doctrine of Islam took to the streets of Tunis to demand the implementation of Sharia laws in their country.

The “Arab Spring” has also seen the rise of Islamists to power in Egypt, where the country is jointly controlled by a military dictatorship and Muslim Brotherhood.

The military rulers are responsible for massive abuse of human rights and freedom of expression, while the Muslim Brotherhood and their even more radical rivals, the Salafis, are working hard to turn Egypt into an Islamic state.

Libya and Yemen, the other two countries affected by the “Arab Spring,” are on the brink of civil war. Libya has fallen into the hands of dozens of armed ruthless militias, some of which are affiliated with Muslim Brotherhood and Al-Qaeda. In Yemen, Arab political analysts say that it is only a matter of time before the country falls into the hands of Al-Qaeda.

In these four Arab countries, women, Christians, journalists, human rights activists, and political opponents are being targeted, and in some instances slaughtered, on a daily basis either by the new rulers or militiamen and Muslims fundamentalists.

The “Arab Spring” is anything but a “great revolution.” It is a spring of massacres, destruction and violence, as Patriarch Beshara al-Rai, the head of Lebanon’s Maronite Church, put it.

“We are with the Arab Spring but we are not with this spring of violence, war, destruction and killing,” he told Reuters. “This is turning to winter. We cannot implement reforms by force and arms. How can it be an Arab Spring when people are being killed every day?” 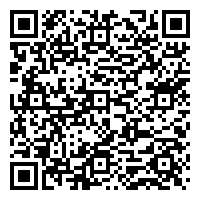