Hamas security forces have even arrested members of various armed groups who launched attacks on Israel in violation of the truce with Israel.

These groups, including Islamic Jihad and the Popular Resistance Committees, sometimes went so far as accusing Hamas of blocking “armed resistance” against Israel.

Hamas did no do so out of love for Israel. Nor did it stop the rocket and mortar attacks because it has changed its ideology and does not believe in terror or in allowing Israel to exist.

Hamas has by and large abided by the truce with Israel for two reasons.

First, Hamas is afraid of another massive Israeli military operation in the Gaza Strip similar to Operation Cast Lead in 2008. Since that operation, Hamas has been behaving itself because its leaders have absorbed the message that was sent to them by Israel, namely that Israelis “can wake up one morning and go crazy.”

Second, Hamas would not be able to survive another major Israeli military operation. Its leaders know that this time the price would be much heavier and could lead to the toppling of the Hamas regime in the Gaza Strip. This is in addition to the physical elimination of the top Hamas leadership.

Hamas considers its control of the Gaza Strip as a strategic asset.

Over the past five years, Hamas has turned the Gaza Strip into an independent Islamist emirate with many features of a sovereign state.

In many ways, Hamas has several things that the Palestinian Authority is lacking.

Hamas, for instance, maintains control over the Palestinian side of the borders with Israel and Egypt and its officials and members are able to travel from one place to another inside the Gaza Strip without having to pass through Israeli army checkpoints.

Moreover, Hamas leaders are free to travel to any part of the world through the Rafah border terminal it has with Egypt without the need for Israeli permission.

Hamas leaders often boast that their movement has succeeded over the past few years in “restoring law and order” to the Gaza Strip by cracking down on various militias and powerful clans.

It is only natural, therefore, that the sovereign government in the Gaza Strip, in this case Hamas, be held fully responsible for all that happens in the areas under its control.

It would be a mistake to allow Hamas to avoid responsibility under the pretext that “others” are firing at Israel, and not Hamas.

The same applies to Hizbullah in Lebanon, where the Lebanese government should be held fully responsible for any attack carried out by the Shiite militia from there. 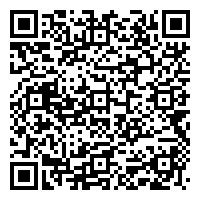