Being pro-Palestinian does not necessarily mean that one also has to be anti-Israel.


The pro-Palestinian camp in the West should raise its voice against violations of human rights and media freedoms under the Palestinian Authority and Hamas.

In the past few weeks, six Palestinian journalists, bloggers, and cartoonists were arrested by security forces belonging to the Palestinian government in the West Bank.

The pro-Palestinian activists around the world chose to turn a blind eye to the ongoing crackdown on freedom of expression in the West Bank.

They also failed — even refused — to condemn the Palestinian Authority government’s decision to block web sites that are critical of Palestinian leaders in the West Bank.

The pro-Palestinian activists in the West also refuse to examine what is happening under Hamas in the Gaza Strip. They apparently do not care, or do not want to see, that there are executions, arbitrary arrests, and assaults against women and torture in Hamas prisons.

The pro-Palestinian activists and organizations also do not seem to care if the Palestinian Authority and Hamas are brainwashing Palestinian children and filling their minds and hearts with hatred.

Those who care about the Palestinians should come to the Gaza Strip and work toward promoting human rights under Hamas — of children, women, and journalists.

It would help immensely if hundreds of pro-Palestinian activists came to the West Bank and Gaza Strip to teach Palestinian children English and expose them to the benefits of democracy and Western values, such as equal justice under law, free speech and a free press, and financial transparency and accountability.

It would also help immensely if these activists came to the West Bank and Gaza Strip to offer advice on, and help in building, proper government institutions, and in combating administrative and financial corruption.

But as far as many of the pro-Palestinian activists in the West are concerned, the interests of the Palestinians are not as important as hating Israel.

Anti-Israel messages and campaigns serve only the radicals in this region who do not want either peace or coexistence.

The time has come for the emergence of a genuine pro-Palestinian camp in the West that would focus less on Israel and more on helping the Palestinians. 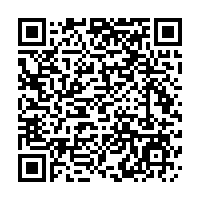