Home InDepth Analysis Michael Oren’s Personal Convenience
Share on Facebook
Tweet on Twitter
According to Israel Army Radio, Prime Minister Netanyahu has offered to extend the moratorium on Jewish property rights in Judea and Samaria for an additional three months in exchange for Jonathan Pollard’s freedom. That is, if Obama pardons Pollard, who has served 25 years of a life sentence for transferring classified documents to Israel, then Israel will agree to extend the ten-month moratorium on Jewish construction in Judea and Samaria, due to expire next week, for another three months.

True, the moratorium is an affront to Jewish human and civil rights and Netanyahu should have never bowed to Obama’s demand that he institute it. And yet, if the Americans agree to the deal, Israel should pounce on it. Such a deal would represent a diplomatic triumph for Israel and an act of human decency on the part of Obama rarely seen in politics these days.

It would be a diplomatic triumph because it would be the first time in memory that Israel conceded something temporary – a three-month extension of the moratorium – for something permanent, i.e., Pollard’s freedom.

It would be an act of human decency because the long-suffering Pollard is in poor health. Moreover, the U.S. has imprisoned Pollard longer than it has imprisoned any agent who spied for a U.S. ally. Indeed, he has served more time than most spies who have served America’s enemies.

If the deal goes through, it will be no thanks to Ambassador Michael Oren. In a radio interview in June, Oren sought to distance himself from the Pollard affair by falsely characterizing Pollard’s service to Israel. As Oren put it to Washington’s WTOP, the espionage operation involving Pollard was a “rogue organization in the Israeli intelligence community.”

When news of his comments was reported in Israel, Netanyahu reprimanded Oren and demanded that he issue a retraction. Netanyahu’s reprimand was itself a news event. It is very rare in Israel that a political leader is compelled to publicly chew out a diplomat.

In truth, it is a shame that Oren’s remarks weren’t viewed as sufficiently egregious for him to be removed from his position. Because the fact of the matter is that they were simply an amplification of a pattern of behavior that has characterized Oren’s tenure in Washington.

In the radio interview, Oren clearly preferred his own convenience to the interests of Israel and Pollard. It was unpleasant to be grilled about Israel’s past espionage against the U.S. and so rather than stand strongly by Pollard, Oren opted to cut him loose by discrediting what he did. On a daily basis, Oren has shown a marked propensity to prefer his own convenience to the unpleasant work of a diplomat especially as Israel confronts the Obama administration.

Obama’s demand that Jews be prohibited from building on their property in Judea and Samaria and later in Jerusalem simply because they are Jewish is part and parcel of his consistent belittlement of Jewish rights to Israel and hostility toward Israel’s alliance with the U.S. and its elected leadership. This hostility has been demonstrated in, among other things. the administration’s decision to join the anti-Israel UN Human Rights Council; its support for an international resolution singling out Israel’s purported nuclear arsenal for condemnation; its refusal to take effective action to scuttle Iran’s nuclear weapons program; and in Obama’s embrace of the Palestinian cause and his claim that Israel owes its existence to the Holocaust.

Obama’s personal bad feelings toward Israel’s democratically elected leaders was evidenced in his early attempt to destabilize with the aim of overthrowing Netanyahu’s government and replace it with the Kadima Party. It continued to be demonstrated by Obama’s consistently shabby treatment of Netanyahu that included repeated public condemnations of Israel by the president and his senior aides and that reached its pinnacle in his humiliating treatment of Netanyahu during the premier’s visit to the White House in March.

According to Netanyahu’s aides who were with him, Obama left Netanyahu to have dinner with his family. When the Israelis asked for food, they were given celery sticks and non-kosher cheese and crackers. At that meeting and an earlier meeting between the two leaders, Obama refused to be photographed with Netanyahu and forced him to enter the White House through a side entrance.

Given the sensitivity of Israel’s position in the U.S., it would be wrong to expect Netanyahu or his aides to speak out publicly against the Obama administration’s contemptuous treatment of the Jewish state. And so it is not surprising that Netanyahu has consistently refused to publicly criticize Obama for his behavior.

But there is a world of difference between keeping one’s mouth shut and heaping undeserved praise on Obama for his purported great friendship towards Israel. And this is what Oren has done.

Oren is a creature of the political Left. Just before he was appointed ambassador to the U.S., he restated his support for unilateral Israeli surrender of Judea and Samaria to Hamas and the PLO. In 2005 Oren volunteered to participate in the expulsion of the Jews of Gaza and after expelling the Jews of the community of Bedolah, he returned to Jerusalem and wrote an op-ed in the Wall Street Journal extolling the virtues of Israel’s cannibalization of its own people.

Given Oren’s stated political views, it is obviously uncomfortable for him to defend Israel in a Washington governed by the Left. And, again in the interest of his own convenience, Oren has adopted the role of Obama’s chief lobbyist to the U.S. Jewish community.

For instance, Oren has repeatedly, publicly and mendaciously denied that Obama mistreated Netanyahu during his visit to the White House in the spring. In a recent interview with American Jewish media, Oren extolled the virtues of Obama’s speech to the Muslim world in Cairo in June 2009 where he claimed Israel owed its existence to the Holocaust and drew a parallel between the genocide of European Jewry and the absence of a Palestinian state.

After Netanyahu bowed to U.S. pressure to begin negotiations with Fatah chief Mahmoud Abbas, Oren urged American Jews to lobby Congress on behalf of the talks. As he put it in a conference call with American Jewish leaders earlier this month, “Let your feelings be known to your representatives in Congress that you support this process and you support the decisions of the Israeli government within the process.”

Jewish activists who were present at Oren’s Rosh Hashanah reception at the Israeli Embassy this month said he gave “the best stump speech for President Obama” they had ever heard.

In abject contradiction of the public record, Oren has repeatedly stated that Obama heads an administration that is one of the most pro-Israel Washington has ever seen. Moreover, despite the fact that the Republican Party remains staunchly supportive of Israel while more and more Democratic members of Congress openly criticize Israeli policies and actions, Oren has repeatedly attacked Republicans for pointing out their Democratic counterparts’ record on Israel – on the grounds that by doing so, Republicans are making support for Israel a partisan issue.

In addition to being antithetical to Israel’s national interests, Oren’s behavior is antithetical to diplomatic protocol. It is unacceptable for a foreign emissary to stick his nose into the domestic politics of the country where he serves. Just as Yitzhak Rabin was rightly condemned for campaigning for Richard Nixon in the 1972 presidential elections while he served as Israel’s ambassador in Washington, so Oren’s shameless lobbying for Obama should lead to his censure.

Oren has repeatedly demonstrated that just as he preferred his own convenience to Pollard’s plight, so he prefers his own convenience to his responsibility to serve the interests of the State of Israel in Washington while keeping his nose out of U.S. politics. For this behavior he should not simply be reprimanded. He should be recalled.

Caroline Glick is senior contributing editor at The Jerusalem Post. Her Jewish Press-exclusive column appears the last week of every other month. Look for her next column in the Nov. 26 issue. 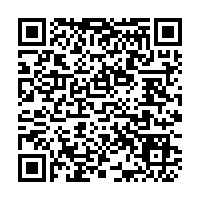