As European nations seek economic lifelines, the Germans have a financial history lesson for Europe, America and the rest of the world. It’s found in a revealing self-critical painting, “Eclipse of the Sun,” created by a 1920s Berlin artist, George Grosz, which hangs at the Heckscher Museum of Art in Huntington.

Few understand better than the Germans how economic self-destruction can bring a nation and the world to the edge of abyss. The crushing debt imposed on them at the end of World War I led to unprecedented hyperinflation as they monetized their obligations, running their printing presses to create millions of worthless marks.

Middle-class Germans became destitute as their life savings could no longer buy so much as a loaf of bread, much less secure their retirement. So corrosive was this monetized debt that the marginal Nazi Party, initially dismissed as a group of anti-Semitic street thugs, was voted into office by 1932. That is why Grosz’s post-World War I painting remains so powerful almost a century later. His contorted caricatures capture the revealing self-loathing of an economic and political landscape that would ultimately lead to the rise of the Third Reich.

“Monetizing debt” may sound like economists’ jargon, but it is an economy’s ultimate poison pill when politicians print money to cover government deficits rather than engage in difficult policy decisions. Argentina, Thailand and Zimbabwe have all used this strategy, and it consistently led to chaos. In the America of 2012, far too few appreciate the perils to our citizenry from a national debt in excess of $15 trillion and more than $60 trillion in unfunded liabilities. Some, such as former presidential hopeful Ron Paul, have suggested we return to the Gold Standard, a proposal that would be a difficult strategy to even consider, given our limited gold reserves. A far more rational idea is for us to get off the Debt Standard, but Washington can’t seem to agree on any course of action.

Economic policy has become a captive of politics, particularly in the House of Representatives, where a two-year term guarantees distraction by a constant campaign for re-election.

There was a time when if you were a Democrat, it was a given that you favored significant deficits for “pump priming” and expanded social programs. If you were a Republican, you advocated for lower taxes and the forces of a free market to create jobs and power the economy. There was room for compromise and negotiation. Our current political environment has become so venomous that an ideological holy war is holding hostage a bipartisan resolution of the debt crisis. We have become incapable of governing through compromise.

There needs to be a dramatic and strategic response to this institutional paralysis. History has repeatedly taught us that otherwise rational people have turned to monetizing debt to achieve a political “quick fix” — an action the Federal Reserve has undertaken since 2008 by printing new currency to buy up bonds. Voters need to alert elected officials on both sides of the aisle that they will judge them on their ability to resolve this emergency.

Meanwhile, though the ongoing European debt crisis seems irrelevant to our own lives, were Europe’s economy to freeze, the results would be immediate and devastating here. Unlike the Germans who now practice budgetary austerity with the pursuit of a converted zealot, there is little in our collective experience that allows us to appreciate the depth of the danger.

History has taught that the collapse of strong nations has traditionally occurred from strategic failures within. It’s a powerful lesson that our founders tried to instill in future generations when Patrick Henry offered, “I know of no way of judging the future but by the past.” Consider it a warning that our nation is in danger from a runaway debt that has the power to eclipse the sun.
Originally published by Newsday and the Gatestone Institute  http://www.gatestoneinstitute.org 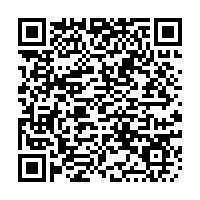