Many of us have watched with amazement and dismay the increasingly bitter primary battle ensuing between you. You were once close friends and allies. Now that you are contesting the same Congressional seat, the natural affection that once bound you has come undone.


This is a shame, both personally and collectively. Personally, because friendship is one of life’s greatest blessings, and collectively, because Americans are sick and tired of rancorous, scorched-earth politics, which has given Congress a nine percent approval rating.

Let me be clear that I am not passing judgment. I recognize the stakes are high in your primary as they are in the current Republican primary. But I am saying that there is a better way, a more magnanimous manner in which to run for office, where personalities are kept out of the race and where issues are the focus.

Congressman Rothman, was it really necessary to put out a mailer that said of Pascrell, “With friends like this, who needs enemies?” Was it essential to say of your fellow Democrat that he is guilty of peddling “UGLY… BASELESS… CRAP” (Your own emphasis).

Congressman Pascrell, did you really have to say of your fellow Democrat, “I lived in Paterson all my life. I didn’t have to move. You moved twice. If you’re such a progressive, why didn’t you take on the leader of the Tea Party instead of your ‘friend’ Bill Pascrell.”

Come on, guys! You’re in the same party. And you’re both elected officials representing New Jersey and the nation. While that doesn’t mean you have to agree on everything, it does mean that you should be according each other some basic civility.

I know something about this because I do family conflict resolution for a living. My TV show on TLC, Shalom in the Home, had me living with families across America for up to a week to try and get husbands and wives to stop fighting, parents and kids to stop arguing, and brothers and sisters to stop squabbling.

The ABCs of conflict resolution involve human empathy – an ability to see the matter from the other person’s point of view. Surely you can both appreciate that after spending sixteen odd years in Congress.

Winning is great, but not at any cost, and certainly not at the cost of your integrity. While I disagree with both of you substantially on the issues, I do not question that you are both devoted public servants and it’s for this reason that the increasingly bitter tone of your race doesn’t accord with your own values. You’re both better than this.

Imagine two good friends at High School who do everything together but then begin to fight over the same girl. Surely, as they abuse and taunt each other in her presence, they will not only fail to win her hand but will instead alienate her completely. That’s what’s happening with the electorate as they watch the two of you assail each other.

Even the Star Ledger Editorial Board has commented on the vitriolic nature of the campaign by stating “it is particularly appalling to see Rothman take such cheap shots at Pascrell” and “a pity that he’s (Rothman) choosing to tarnish his long-standing reputation for integrity by running a campaign like this.”

Look, I shouldn’t be saying this. The two of you bludgeoning each other works to my advantage. I hope to win the Republican nomination for Congress on the very same day – June 5th – that you hope to win the Democratic nomination. And when people see what you’re doing to each other, they might just decide to give the other party the chance to represent them in Congress with values they can respect. But I don’t want to win this way. I don’t want to get votes because the Democratic primary has become a fratricidal war of Cain and Abel in a duel to the death. I don’t want to win based on something like The Hunger Games. Rather, I want to win based on the issues and on values.

It is my belief that my ideas and policies are better for America than yours. I may be wrong. That’s why elections exist, for the electorate to determine whose ideas will best steer the country. But we have to take personality, bitterness, and bile out of the equation and make this a policy-based dispute. 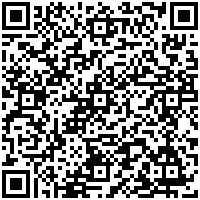