We here, who are fortunate to live in Israel, sometimes forget that there are things we accept as a matter of course, even take for granted. Yet there are many people, including many of our brethren – both here and abroad – who do not necessarily share our daily awareness that the State of Israel, since its inception, is a constant and growing miracle – a gift from the Almighty, and a serious responsibility that He has bestowed upon His Chosen Nation, the Jewish People.

The State of Israel is currently situated on only part of the Divinely given historical Land of Israel, but still with our Biblical heartland intact, under our control. We, who still believe in traditional national Jewish-Zionist aspirations, oppose the dismemberment of our Homeland in exchange for ephemeral promises of tranquility, if not actual peace. We reject the very concept that it is necessary and legitimate to willingly give up one’s territorial birthright for any reason.


It is not just that no one else in the history of mankind voluntarily gave up national territory to enemy interlopers who continued to publicly declare their commitment to one’s national destruction. Unfortunately, even we, who sanely oppose such concessions, all too frequently wrap our opposition solely with rational explanations of strategically necessary territory, water problems, and other equally justifiable reasons. But it must be clear that all those reasons, however reasonable and true, are only potentially temporary reasons.

Yes, without the mountain ranges of Judea and Samaria with their high grounds and bottleneck passes, Israel cannot withstand a ground invasion from the east. Without the strategic depth afforded by these mountains, Israel would be a vulnerable country with a mere nine-mile waist, and no plane could land in Ben-Gurion airport without risking being shot down by even a lone terrorist on a nearby hilltop wielding an over-the-shoulder rocket. These and all the other security crucial reasons are wholly accurate. But should a situation occur – however unforeseen at this time -whereby other equally or even more effective defense apparatuses could be applied, would Israel’s heartland then be simply negotiable real estate?

Yes, without the mountain aquifers in Judea and Samaria, Israel would lose more than 40% of its water sources, incapacitating even a modicum of normal life in Israel. Industry would limp at best, agriculture would be crippled. Gardens would go unwatered, bathing and drinking water rationed. But if, and when, seawater desalination plants, for example, become both economical and functional on a mass scale, would this mean Israel no longer needs the geographic center of its Homeland?

The bottom line is that we, the Jewish People, have, beyond all rhyme, reason, or precedent, stayed a nation throughout nearly two thousand years of frequently harsh exile. We then returned to re-settle en masse our Biblical Holy Land, a Divinely given heritage for which our ancestors yearned for with all their hearts from the rivers of Babylon through the ovens of Auschwitz.

We are here in the Land of Israel in general, and in Judea and Samaria in particular, not just because we need it for its critical national security value – which we do – and not only for its vital water sources – which we do – but because of that primary and permanently valid reason: this is the Land that was promised by God to our Forefathers, Abraham, Isaac and Jacob.

And as the Children of Israel of today, we have a heavy responsibility, perhaps more than many previous generations. We did not merit to be as our parents and grandparents who were deemed worthy to be the founding generation of the modern State of Israel, the rebirth of the Jewish Commonwealth in its Holy Land after nearly two millennia of wandering in the Diaspora. But we are enjoined to continue to build and defend our Land and Nation; to be that living, flourishing link between the past and future generations.

Yitzchak Tabenkin of Kibbutz Ein Harod, the great ideologue of the Labor Zionist movement in the 1930’s and 1940’s, was asked in 1947 for his position on the proposed UN Partition Plan. His response: “I must consult with two people before giving you my answer: My grandfather, who is no longer living, and my grandson, who has yet to be born.” Tabenkin, who opposed the territorial concessions involved in the partition plan, did not take the here-and-now approach; his national responsibility was clear to him.

We too cannot be so capricious of nature, so weary of our national responsibility, as to give away what is, in truth, not ours alone to barter. The Land of Israel is not only our sacred inheritance, but also that of previous generations that yearned to return and those who finally founded the State, as well as that of future generations; of our children and our children’s children, and theirs after them. We cannot be so selfish as to sacrifice a holy heritage for what is, at best, transitory expediency. 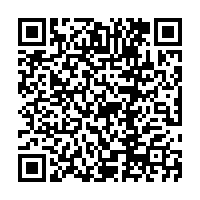