The Brotherhood wants a Sharia state. It would like a caliphate (run by itself of course). It wants Israel wiped off the map and America kicked out of the Middle East. It wants women put into second-class citizenship and gays put into their graves. It wants Christians subordinated or thrown out. It wants all of these things.

And it will pursue these goals with patience and strategic cleverness. One step forward, one step back; tell the Western reporters and politicians what they want to hear. Pretend to be moderate in English while screaming death curses in Arabic.


These are the people who are coming to power. They hate their Shia counterparts generally and will kill them also at times. They will drag down their countries’ economies. Ironically, they will succeed in making Israel relatively stronger as they beat and burn and tear down; as they set back their countries economic advancement; as they kick half the population (the female) down the stairs.

They will lose. Just as the Communists did; just as the Nazis did; just as the Fascists and Japanese militarists did. But how many decades will it take? How many millions of people dead and injured? How much human potential and natural resources wasted?

Of victory, I have no doubt. Of Western good sense, all too much uncertainty. 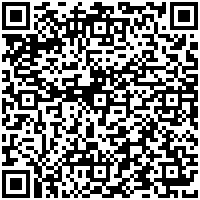