The French government has announced a plan to boost policing in 15 of the most crime-ridden parts of France in an effort to reassert state control over the country’s so-called “no-go” zones: Muslim-dominated neighborhoods that are largely off limits to non-Muslims.

The crackdown on lawlessness in the no-go zones is set to begin in September, when French Interior Minister Manuel Valls plans to deploy riot police, detectives and intelligence agents into the selected areas. The hope is that a “North American-style” war on crime can prevent France’s impoverished suburbs from descending into turmoil.

Many of these new Priority Security Zones coincide with Muslim neighborhoods that previous French governments have considered to be Sensitive Urban Zones. (Zones Urbaine Sensibles, or ZUS) – which were also “no-go” zones for French police.

At last count, there were a total of 751 Sensitive Urban Zones, a comprehensive list of which can be found on a French government website, complete with satellite maps and precise street demarcations. An estimated five million Muslims live in these “Sensitive Urban Zones” — parts of France over which the French state has essentially lost control.

Consider Seine-Saint-Denis, a notorious northern suburb of Paris, and home to an estimated 500,000 Muslims. Seine-Saint-Denis is divided into 40 administrative districts called communes, 36 of the 40 districts are on the French government’s official list of “no-go” zones.

Seine-Saint-Denis, also known locally as “Department 93” for the first two digits of the postal code for this suburb, witnessed fierce rioting by Muslim youths in 2005, when they torched more than 9,000 cars.

The suburb, which has one of the highest rates of violent crime inFrance, is now among the initial 15 ZSPs because of widespread drug dealing and a rampant black market. It also has one of the highest unemployment rates inFrance– 40% of those under the age of 25 are jobless — and it therefore remains unlikely that a government crackdown will succeed in bringing down the crime rate in any permanent way.

ANOTHER EXAMPLE of an official Priority Security Zone is department of La Somme, which includes the northern French city of Amiens. On August 12 and 13, around 100 Muslim youths in the impoverished Fafet-Brossolette district of Amiens went on a rampage after police arrested a man for driving without a license.

Muslims viewed that arrest as “insensitive” because it came as many residents of the neighborhood were attending a funeral for Nadir Hadji, a 20-year-old Algerian youth who had died in a motorcycle accident on August 9. The reality was that police were called to the scene because of reports that youths were loading fireworks into a car. When the police arrived, they also discovered the ingredients for petrol bombs, including empty bottles and a canister of gasoline.

When the riots of August 12-13 broke out, in response, about 150 policemen and anti-riot police were deployed to the Fafet neighborhood where the youths were rioting and used tear gas, rubber bullets and even a helicopter after the youths shot at them with buckshot, fireworks and other projectiles from nine in the evening until four in the morning.

At least 16 police officers were injured in the melee, one seriously. Youths also torched and destroyed a junior high school canteen, an anti-juvenile delinquency sports room, a leisure center, and a kindergarten, as well as 20 automobiles and 50 trash bins. The cost of repair and rebuilding could run up to $7.4 million (€6 million). (Click here for photos from the French publication, L’Express.)

Gilles Demailly, the Socialist mayor of Amiens, said the violence reflected a descent into lawlessness orchestrated by ever younger troublemakers: “There have been regular incidents here but it has been years since we’ve known a night as violent as this with so much damage done. The confrontations were very, very violent.” 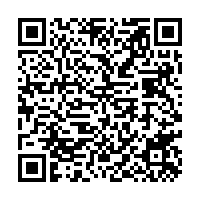