More than 1000 people have been injured in several days of protests in Istanbul against Turkey’s Islamist regime, involving more than 90 demonstrations, the biggest anti-Islamist protest in a decade. Hundreds more were hurt in conflicts with police in Ankara, the capital. The demonstration began as an environmental protest about the destruction of a famous Istanbul park but had spread to Ankara, too.


The movement began in Taksim Square, Istanbul’s most famous. The police responded toughly using tear gas and pepper spray. Some compared this to the Arab Spring demonstrations elsewhere in the Middle East though this idea seems exaggerated.

Gradually the Justice and Development Party of Prime Minister Recep Tayyip Erdogan been working to transform Turkey into something much closer to an Islamist state. Hundreds of political prisoners have been jailed on trumped-up charges of planned coups; the army has been forced to submit; a new constitution is being developed; and the independent judiciary is under assault by the government.

Much of the mass media has been bought up or intimidated along with educational system changes, the declining status of women, and rising effort to reduce the sale of alcohol. Turkey has more journalists in jail than any other country in the world.

It all began when a small group of young people camped at a park in central Istanbul to protest Erdogan’s personal plan to build a shopping center on the site. Police raided the park just before sunrise, using tear gas, evicted the protesters, and removed their tents. Up to this point it was a normal response.

A few days later, about 30 young people returned and set up the tents again and the police once more launched a raid. This time, however, a great deal of force was used, including pepper spray. Tear gas was squirted into the faces of some young people, kicking and beating them, then burning the tents.

In response, thousands of people gathered around the square and park. The police attacked with water cannon mounted on vehicles in a major escalation. They attacked protesters, chasing them into side streets in downtown Istanbul past the many hotels and stores in the area. Those who tried non-violent sit-ins were beaten, including two members of parliament.

Protests spread all over Turkey, with participants counted in the tens of thousands. The issue now was the growing repression by the Islamist regime. Large areas were filled with pepper spray, tear gas, and the water cannons firing several times a minute. Many apartment buildings were deluged in gas.

Little or no provocation was offered by the crowd. Demonstrators charged that police undercover agents entered the protest areas, threw stones, and then went back behind the police lines.

Oppositionists were especially outraged by the use of ambulances driving down streets to clear the crowds. Another tactic was to set tents ablaze and then claim the demonstrators had started the fires.
The political implications of the protests are not clear. They are probably unlikely to shake the determination of the government. “We do not have a government, we have Tayyip Erdogan,” political scientist and protester Koray Caliskan told the Reuters news agency.

Erdogan is very arrogant, has a strong base of support, and enjoys the full support of the Obama Administration. The Turkish economy is generally considered to be strong. Erdogan will have to decide whether to slow down the Islamization process—he has been clever at being patient—or perhaps will, on the contrary, speed it up claiming his regime is facing sabotage. 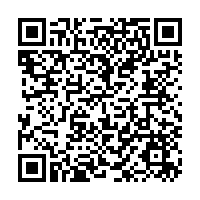