My laptop runs hot. Truth is, everyone’s laptop runs hot. But lately its gotten so hot, that it would suddenly shut itself down. And the fan? It sounded like a tractor, trying to cool down the machine.

First thing I did was look in the Window’s Task Manager. There was a program there that was consistently grabbing 25% of my CPU. I killed that process and the computer began to cool down. I also got a laptop cooler with a fan.


But still, not enough. Even watching a video on the browser would cause it to overheat and eventually turn off. And don’t even talk to me about video games (especially not when I’m supposed to be working). I thought maybe some driver update might be the problem.

So I lowered the priority of the browser process in the Task Manager, and that extended the time before the computer overheated and shut down.

I installed a program called Prio that would keep the CPU priorities low, once I set them that way.

But still, the problem wasn’t going away.

Finally, I found someone else on the Internet with the same problem who determined that overheating it isn’t always related to improperly acting applications and drivers, and he said the problem is dust in the machine that clogs the vents, and prevents air flow.

The solution? Very simple. Take a vacuum cleaner, and suck out the dirt from all the vents. (Turn off the computer first).

I did it. It worked. The computer is no longer scorching hot.

P.S. The author and JewishPress.com are not responsible for any damage listening to this column may cause. If you aren’t sure about what you are doing, don’t do it. You are on your own. 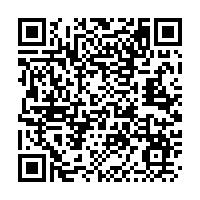