Then, Kerry said something even more remarkably troubling because it reflected willful ignorance or indifference to arming radical anti-American Islamists. In the words of the New York Times:

Kerry said the Obama administration had gained new confidence in recent months that the Syrian opposition coalition could minimize the risk that weapons would fall into hostile hands. He said there was no need for the U.S. to provide arms now because other nations were already sending enough.

Hostile hands? They are deliberately and consciously sending these weapons to hostile hands! Presumably, he is hinting at al-Qaeda. Well, one group out of about 40 Islamist militias is al-Qaeda. Are the other dozens of anti-Western, antisemitic, anti-Christian groups thus okay?


Again, there are relative moderates in the opposition. Politically there are also liberals, leftists, defected army officers (radical nationalists who now seem moderate compared to the Islamists), and Kurdish nationalists. Yet the Kurdish group running northeastern Syria now is a Marxist-oriented cult that’s part of the Turkey-based, terrorist PKK.

How much more visible could the developing mess be? Have no doubt that there are some senior career officials in the State and Defense departments who are horrified. Yet despite the current policy’s serious problems and visibly dangerous outcomes there is no major debate about these points. As we saw with Iran, the Oslo peace process, and more recently with Egypt, the canoe is heading toward the waterfall and the only argument is over how fast to paddle. 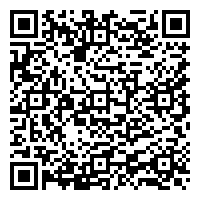