While President Obama’s State of the Union message was overwhelmingly domestically oriented, the foreign policy sections were most interesting.


The president began in the same neo-patriotic mode used in the second inaugural address, with a special emphasis on thanking U.S. troops. He used the imagery of the end of World War II paralleling the return of troops from Iraq to promote his idea that the American economy must be totally restructured.

Obama defined his main successes—careful to credit the military (whose budget he seeks to cut deeply and whose health benefits he’s already reduced) rather than his usual emphasis on taking the credit for himself—were the following points:

For the first time in nine years, there are no Americans fighting in Iraq.
For the first time in two decades, Osama bin Laden is not a threat to this country.
Most of Al Qaida’s top lieutenants have been defeated. The Taliban’s momentum has been broken. And some troops in Afghanistan have begun to come home.Now there certainly have been accomplishments on these three fronts but these claims are also profoundly misleading and very carefully worded. Let’s take them one at a time.

Iraq Withdrawal. It is true that U.S. forces are largely out of Iraq yet this was inevitable, with one key reservation. There was no likelihood they would be there in a large combat role forever. Whatever one thinks of the invasion of Iraq, the American forces were staying for an interim period until the Iraqi army was ready. Any successor to George W. Bush would have pulled out the combat forces.

The reservation, of course, is that it was the success of the surge—which Obama and his new secretary of defense (yes, he will be confirmed) Chuck Hagel opposed. So he is taking credit for a policy that was inevitable and that was made possible by a success that he was against.

Lest you think that assessment is unfair to Obama consider this: he did absolutely nothing to make this outcome happen. No policy or strategy of his administration made the withdrawal faster or more certain.

Osama Bin Laden. This is a strange phrase: “For the first time in two decades, Osama bin Laden is not a threat to this country.” It is a new way of putting the “Obama killed Osama” meme while hinting that al-Qaida is not a threat to the United States. Well, as Benghazi shows, al-Qaida is still a threat but wording the sentence the way Obama did implies otherwise without saying so and looking foolish at making an obviously false claim.

In other words, someone did a bad job of proofreading the speech. Of course, all of this glosses over the fact that al-Qaida hasn’t been defeated. It is on the march in Mali, the Gaza Strip, Somalia, Egypt’s Sinai Peninsula, Yemen, and other places.

The Taliban. As for the Taliban, again there is a cute formulation: its “momentum has been broken.” In other words, the Taliban has survived, it is still launching attacks, and it might even take over large parts of Afghanistan after American troops leave. Momentum has been broken is just a fancy way of saying that its gaining power has been slowed down. Of course, after American troops leave, that momentum will probably speed up again.

In his second mention of foreign affairs, Obama spoke of economic issues, he says:

My message is simple. It is time to stop rewarding businesses that ship jobs overseas and start rewarding companies that create jobs right here in America. Send me these tax reforms, and I will sign them right away.In fact, though, businesses are not fleeing the United States because the wages are lower there while the Obama Administration puts into effect increasingly tight and costly regulations and imposes higher costs (including the impact of Obamacare). Moreover, wages are lower overseas.
Advertisement 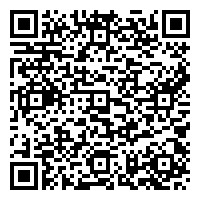