If I’ve ever seen a single sentence that spells disaster in the Middle East it’s this one:


“`People say things in a campaign and then when they get elected they actually have to govern,’ [U.S. State Department] spokeswoman Victoria Nuland said.”

The specific context of this statement were remarks by the Obama Administration’s favorite Egyptian presidential candidate, Abdel Moneim Aboul Fotouh, in a debate. He called Israel racist, an enemy of Egypt, and a state based on occupation (that is, has no right to exist), then calling to alter the Egypt-Israel peace treaty.

Pay no attention to the man in front of the curtain, says Nuland, he doesn’t really mean it.

The problem with this, like hundreds of other statements by the currently dominant worldview in the West, is that almost nobody is around in the mainstream media or academia to say – Wait a minute! In fact, I can make a very strong counter-argument that would persuade most people if they were allowed to hear it.

So let us parse Ms. Nuland’s sentence, which does accurately reflect U.S. foreign policy today and is indeed a death or prison sentence for many people in the Middle East. Nothing is easier, of course, than finding examples of politicians who did not keep their election promises. But that’s not what we are dealing with here. No, the case here is:

Do radical ideological movements say things in their campaigns to gain power, including election campaigns, which disappear due to the pragmatism forced by the need to govern?

I’ve heard this argument before, most notably in 1978-1979, when the Islamist revolution descended on Iran. The Islamists have won every election since and have not been moderated by the need to govern. On the contrary, they have used their extremism to continue to govern.

“The depiction of Khomeini as fanatical, reactionary and the bearer of crude prejudices seems certainly and happily false.…To suppose that Ayatollah Khomeini is dissembling seems almost beyond belief.…Having created a new model of popular revolution based, for the most part, on nonviolent tactics, Iran may yet provide us with a desperately-needed model of humane governance for a third-world country.”

It is only poetic injustice that Falk, a man who totally misjudged the Iranian radical threat, has now been made by the UN the judge of Israel, which is facing that same threat.

The same kind of thing was said throughout the 1990s. Yasir Arafat will be moderated by having to pave roads and collect the garbage. Power is inevitably moderating and ideology is meaningless. No, that’s not true and history shows it isn’t true.

Were the Communists moderated by being in power? Well not in the USSR, maybe a bit after 70 years. And not in China, well yes more than a bit after only about a half-century. We’re still waiting for Cuba and North Korea, both between five and six decades old. Add in such examples as the Taliban in Afghanistan, the Ba’th Party in Syria or Iraq, and Hamas in the Gaza Strip.

It is important to understand why this isn’t true. There are some dangerously false assumptions in Ms. Nuland’s simple sentence.

But what if they sincerely and passionately believed that every plank on their platform was ordered by the supreme being and that this was in fact the only reason their political party existed?

Suppose their rivals were willing and able to destroy their careers or even kill them if they showed they were phony in their devotion?

And suppose a large portion of the masses took all of this seriously and meant to hold them to their promises?

And suppose they truly believed themselves that instituting Sharia law–perhaps at most with a slightly more liberal interpretation here and a few exceptions there–was the only way to govern?

In other words, there are lots of reasons for radicals to remain radicals in government. And, after all, that is what usually happens. 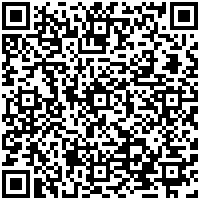