Registration as presidential candidate in Egypt will begin March 10. The military moved it up from April 15 to show that it is handing over power to the civilians. As I’ve said before, I’ve never seen any evidence that the army is not going to turn over control of the country to a new, elected president. All of the mass media and political hysteria to the contrary, the generals don’t want to hold onto the government.

Has the Brotherhood’s success in parliamentary elections gone to its head? Has the weak international response to its ascendancy emboldened the Islamists to seek total power now rather than go slow and be patient? It’s starting to look that way.

But this is misdirection. The Brotherhood’s influential spiritual advisor Yusuf al-Qaradawi is supporting Abul-Fotouh. And guess what? The Brotherhood is going to support Abul-Fotouh “unofficially.” How? Simple, through the “independent” Justice and Development party supporting an “independent” presidential candidate. Brotherhood leader Muhammad al-Badi now says that the president must have an “Islamic background” and by that he rules out any “secular” candidate.

Egyptian voters who backed the Brotherhood–giving it 235 seats, or 47 percent of those in parliament–will vote for someone. The Brotherhood doesn’t own their votes but presumably most of them will support an unofficial Brotherhood candidate.

The Salafists, with 121 seats, almost 25 percent of parliament, will probably have their own candidate.

While this seemed impossible last year it is now conceivable that the two leading presidential candidates will be Islamists and thus Egypt will have an Islamist president. That would mean the timetable for turning the country into an Islamist Sharia state could be expedited significantly. It’s up to the Brotherhood to decide whether to move cautiously toward state power or floor the accelerator.

If the reported plan for the election is accurate, the rules drawn up by the military help the Islamists. To qualify as a presidential candidate, a hopeful must receive the endorsement by 30 members of parliament. Only four parties have that many–the Brotherhood’s front group, the Salafists, the Wafd, and the Egyptian Bloc (Free Egyptians Party). Can individual Brotherhood members endorse a candidate without facing party discipline? Again, since the Brotherhood’s party is nominally independent of the Brotherhood, al-Badi’s statement does not restrict its freedom of decision.

According to the Egyptian media, each party can nominate one candidate. While some among  the 80 members of small parties or independents could band together in some combination to nominate someone, the maximum number of candidates would be restricted to five, probably less.

Who will sponsor Amr Moussa, a man who has no party? He probably doesn’t want to be associated with the liberal and largely Christian Free Egyptians Party. That would be the kiss of death for any presidential candidate. And he certainly isn’t a Wafd guy. So how will his candidacy be launched? And if he doesn’t run is there anyone who can beat the Islamists? Perhaps only if the Islamists want to be beaten, that is – the Brotherhood wants to be cautious. Increasingly, it appears that they want to win.

There are three serious Islamist candidates and they have few differences between them:    Hazem Salah Abu Ismail, Abdel Moneim Aboul Fotouh, and Muhammad Salim al-Awa. The Brotherhood likes Aboul Fotouh, a high-ranking official who resigned from the group to run for president, and presumably the Salafists will back one of the other two, perhaps more likely Abu Ismail. Al-Awa is a long-time collaborator with al-Qaradawi but the powerful cleric gave Aboul Fotouh the nod as the more electable candidate.

The only strong alternative to these men is Amr Moussa, the radical nationalist former foreign minister and Arab League head who is simultaneously an experienced diplomat and pragmatist; a rabble-rousing populist; and a strongly anti-American, anti-Israel figure. He is the great hope for a more pragmatic though still radical regime.

But he is no threat to the Islamists. If he is elected president in June, he will be 76 not long after. The Brotherhood could easily rationalize the idea that he is a transitional figure. By the time the second election is held, projected for 2018, the Islamists would be ready to put their own man into office.

Perhaps another non-Islamist candidate will appear but who could possibly have the charisma and national appeal to come in second, much less be in first place?

I estimate—based on public opinion polls, and this is a very rough estimate—that around 25 percent of the Brotherhood voter base, who voted for the Brotherhood out of a belief it could solve problems rather than an ideological Islamist conviction, might be ready to support Amr Moussa. Yet if the Brotherhood runs a good campaign, especially against a less appealing candidate, they could hold onto those voters, too. 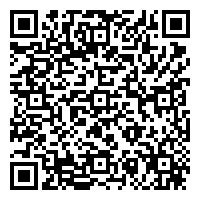