While one can certainly sympathize with the idea of letting an elected parliament being allowed to take office, that’s not necessarily such a clear call in strategic terms. The parliament–which will write the constitution and thus define the powers of the president–is almost 75 percent rabidly anti-American and antisemitic. (I don’t write that last word lightly but it is quite accurate.) Imagine if this situation had arisen in Iran in 1979 with the Iranian military refusing to turn over power to the forces led by Ayatollah Ruhollah Khomeini. Would it have been wise for Washington to demand that this be done as soon as possible?

Yet here is Defense Secretary Leon Panetta calling on Egypt’s military in a manner that “highlighted the need to move forward expeditiously with Egypt’s political transition, including conducting new legislative elections as soon as possible.” Senator Patrick J. Leahy has called for withholding U.S. aid to Egypt, saying, “I would not want to see the U.S. government write checks for contracts with Egypt’s military under the present uncertain circumstances.”

What circumstances are more appropriate for sending U.S. arms and money? When the Muslim Brotherhood dominates parliament, the presidency, has written a constitution mandating Sharia law, and follows a policy of death to America and death to Israel? Who are you going to cheer for if Islamists rebel against the regime?

Maybe now is a good moment for the U.S. government to remain quiet.

Is there a precedent for this? Yes. After the Algerian government abrogated elections that it knew Islamists were going to win in 1991, the U.S. governments of George Bush and Bill Clinton generally shut up about it and let the French take the lead in helping the military government, which won the civil war. In contrast, in 2007, a misguided “democratic” impulse let President George W. Bush to stand aside and let Hamas compete in Palestinian elections even though its refusal to accept the Oslo peace process disqualified that radical Islamist group. Today, the Gaza Strip lives under repressive Islamist rule. The regime there has already launched one failed and costly war against Israel and it is only a matter of time until it starts round two.

While Egyptian Brotherhood leaders claim to be moderate when they talk to Western audiences, that has nothing to do with what they say to each other or to Egyptians. In May at El-Mahalla El-Kubra, at a rally attended by Brotherhood presidential candidate Muhammad al-Mursi, the main speaker, Sifwat Hijazi, said that when the Brotherhood took power:

“Our capital won’t be Mecca or Medina, but Jerusalem, millions of shahids [martyrs] will march on the city. The whole world should know — and we say it clearly — our goal is Jerusalem, we shall pray in Jerusalem, and, if not, we shall die as martyrs on its ruins.”

Another speaker added,“Tomorrow Mursi will liberate Gaza.” A singer sang: “The Jews will not be able to sleep, come, lovers of martyrs, you’re all Hamas. Take on arms, and prepare for prayer.”

Just words? Sure, like the words of Egyptian President Gamal Abdel Nasser, Iranian spiritual guide Khomeini, Iraqi President Saddam Hussein, Palestinian leader Yasir Arafat and many more. The Western mass media, academic experts, and government officials may assure you that the Muslim Brotherhood is really a moderate group and that worrying about what it will do in power is silly. Pay no attention. The Brotherhood daily makes clear what it believes and intends to do.

So does it make sense for a U.S. government to take up the doctrine of “neo-conservative” naivete and demand a Brotherhood victory over the army in Egypt? A proper U.S. government would — and I apologize for the “amoral” requirements of realpolitik — secretly be backing the military to keep the Brotherhood out of power. We now know that President Harry Truman’s administration did certain things to ensure Communist parties didn’t win power in France and Italy which would not meet contemporary “ethical” standards of electoral results over American national security interests. Thank goodness for that! 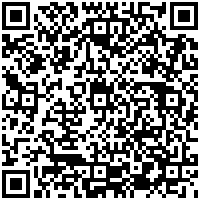