A class action lawsuit filed in May against Hebrew National, manufacturer of kosher meat products in the United States, alleges that the company misrepresents its kashrut standards “as defined by the most stringent Jews who follow Orthodox Jewish Law,” the American Jewish world reported.

Hebrew National products are certified kosher by Triangle K, and its kosher slaughtering is provided by the Midwestern company AER, according to the complaint filed in the Dakota County district court of Minnesota.


The class action lawsuit was filed against ConAgra Foods, doing business as Hebrew National, a Delaware corporation, alleging that AER employees informed the company of procedures at slaughterhouses that were in such direct violation of kashrut laws that they “rendered the meat being processed not kosher.”

The suit also accuses the company of mistreating its employees, especially its kosher supervisors and slaughterers. The firm AER provides the kosher slaughtering services at Hebrew National facilities in the Midwest.

Employees who complained about the inappropriate actions were fired or transferred, the suit claims.

Among the complaints is that non-kosher meat was packaged and labeled as kosher meat. The complaints also said that the lungs were not inspected well enough for imperfections and that some cows were slaughtered incorrectly.

The suit also alleges that the employees were paid in violation of American tax laws.

Shlomo Ben-David, owner of AER Services Inc., said in an interview with Failed Messiah, who also offers a copy of the suit online, that the allegations in the suit were too vague and did not cite specific facts regarding the violations.

But the suit, which goes through an exhaustive discussion of kosher meat requirements, is quite specific regarding the complaints of AER employees. Item 77 reads:

“When dirt or growths are on the animal’s neck the mandatory clean cut necessary for kosher slaughter (and ultimate certification) cannot be made. Meat from unclean animals (i.e. those with dirty hides covered with mud, sand or stones) or animals with physical; defects is improperly marked as kosher… Dirt on the animal dulls the knives or causes nicks during cutting and the slaughters cannot make the mandatory clean cut.”

AER leased space from American Foods Group, LLC, which delivered cattle to its facilities “to be slaughtered, inspected and certified.” Item 78 alleges:

“Pressure is put on the employees inspecting and slaughtering the cows to maximize kosher meat production by slaughtering unclean cows. Further, certain quotas are applied at the AFG facilities to ensure that a certain predetermined amount of the total cattle population (approx. 70-75%) brought to the AFG facility for slaughter produces kosher meat to provide defendant. By setting artificial, pre-determined quotas, the kosher inspection process becomes defective and unreliable. Meat from cows that should not qualify for kosher certification ends up being marked kosher.”

The suit also alleges that “to speed the process, animals can be killed by using an air compressor gun with a hollow bolt piston immediately after the animal’s throat is cut.” 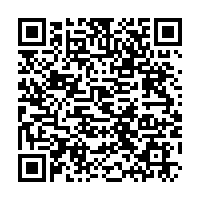