What might well be the most significant election in Middle East history is about to transpire, yet the situation and its implications are simply not understood abroad. On May 23-24, with a probable run-off on Jun 16-17, the most important country in the Arabic-speaking world is almost certainly going to choose a revolutionary transformation that will ensure continuous earthquakes of war, suffering, and instability for decades to come.


Of the dozen candidates only three are important and the question is which of them will end up in the run-off:

–Amr Musa, a radical nationalist who combines being an anti-American, anti-Israel demagogue with some real experience in government and some sense of realism and restraint. He has proclaimed the Egypt-Israel peace treaty to be dead. If you don’t have a peace treaty that means you are in a state of [three letter word being with “w” and ending with “r”]. There are also, among the more serious of the also-rans, a leftist, an old regime supporter, three liberals, and another Islamist. The mainstream Western view of the election is bizarre and very damaging. In this fantasy, Aboul Fatouh is portrayed as the liberal candidate. If he wins, everything will be just fine and dandy. You can go back to sleep.

What evidence is adduced for this picture? Basically, none. The idea is that his moderation was proven because he defied the Brotherhood to run for office. Yet the reality is the exact opposite. The Brotherhood refused to run a candidate at a time when it was following a cautious strategy, wanting to show that it wasn’t seeking total power and could co-habit—at least for five years—with a non-Islamist president.

By declaring his candidacy, Aboul Fatouh was in fact taking a more radical approach. Later, when the Brotherhood felt more confident after winning almost half the parliamentary seats it became more aggressive.

Most important of all, Aboul Fatouh is the candidate endorsed by Yusuf al-Qaradawi, the Qatar-based anti-American, anti-Semitic hardliner. Qaradawi would never endorse anyone who was actually “moderate” much less “liberal.”

There are three factors likely to determine the outcome of the first round:

–What proportion of Muslim Brotherhood (parliamentary) voters will support Mursi? Perhaps a quarter or more of the Brotherhood voters backed the group not so much because they wanted an Islamic state but because they thought the Brotherhood was more honest, would govern better, and so on. Will they stick with the Brotherhood for the presidency or will they go for Aboul Fatouh or even Musa?

–Having no candidate of their own, who will the Salafi support? Since their goal is to provide a more radical alternative to the Brotherhood, some —but not all— of the leaders will probably go for Aboul Fatouh. But what about their voters, who have almost no organizational loyalty—in contrast to the Brotherhood voters—and will presumably support the man they see as the one with the most radical Islamist vision? Few of these people will back Musa.

—Who will support Musa? There is no nationalist bloc in Egypt today. Might Musa emerge as the secularist candidate uniting those voters (only 25 percent we should remember) who don’t want Islamism? No. The Christians and liberals don’t look at Musa as their man and will probably split their vote among three competing liberal candidates who don’t have a chance.

The result may well be an Islamist versus Islamist run-off. In any event, it is likely that by the end of the year Egypt will have an Islamist president, parliament, and Constitution. Laws will be drastically altered, women’s rights will disappear, and Hamas would be backed up if it attacked Israel.

Once in power, an Islamist government would eventually appoint similar people to run the military, the religious establishment, the schools, and the courts. Those who don’t like it will head for the West in droves.

The alliance with America would be over, whatever cosmetic pretense of friendship remained and despite however much money the Obama Administration pumped in. And the whole region will be sent a signal that this is the era of revolutionary Islamism and jihad at a time when America is weak or even—as many moderate Arabs believe—siding with the Islamists.

In the West, no one in power is prepared for this revolution, an upheaval that will rival or exceed the 1979 one in Iran for its impact. 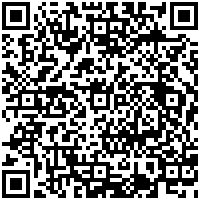