The website “Hakol Ha’Yehudi” reports that after a teenage boy on Monday afternoon had been harassing a Jewish girl in a playground at Jerusalem’s French Hill neighborhood, the girl escaped from the playground and called her father, who called the police. But the arriving cops ended up arresting the girl’s father on suspicion of attacking the Arab boy.

A neighborhood resident said that “one of the girls from the neighborhood, from a religious family, was watching over her younger siblings in the playground, when suddenly an Arab boy came and sat down close to her.” The neighbor reported that “the girl said that the boy was clinging to her, while harassing her with inappropriate questions and winking at her. The frightened Girl began to walk away, but the Arab boy continued to cling to her and bother her.”


“The girl ran home and called her father, who arrived at the scene while already calling the police. The Arab boy was hiding inside one of the slides and so the girl’s father brought him over to the policemen who had just arrived in the playground,” says the neighbor.

“Two Jewish policemen and an Arab volunteer were in the arriving patrol car,” says the neighbor. “The father told the cops that the youth had been harassing his daughter, but instead of listening to him, the Arab volunteer began to examine the boy’s body until he found a red spot.”

“Quickly thereafter, the father became the accused, and the officers informed him he will be detained in the police station on suspicion of attacking the youth,” says the neighbor.

The Arab youth was also arrested.

“I asked the volunteer if the Arab boy had pressed charges that man had hit him, but the volunteer said it did not matter, because he himself saw a red mark on the boy’s back,” says the neighbor.

A spokesman for the Hanenu organization, told the Jewish Press that the father has been released from detention but it is not yet known if the release was unconditional.

Hanenu advocates for Jews, often religious, who get in trouble with the authorities over failed Israeli government policies, as well as soldiers who end up facing charges for carrying out their missions.

Gan HaShalom, the “Garden of Peace,” a playgroud in Jerusalem’s French Hill neighborhood, has been anything but peaceful for a long time, as a struggle between Jewish residents and dozens of Arabs who arrive each day from nearby villages have been brewing regularly. 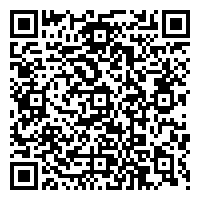