Stengel’s complaint is the precise description of Israeli politics nowadays. To a remarkable extent—and this has nothing to do with his views or policies—Bibi Netanyahu is the only functioning politician in Israel today. No wonder he is prime minister, will finish his current term, and will almost certainly be reelected in 2013.

Consider the alternatives. The number one such option is Shaul Mofaz who is head of Kadima. Mofaz was a competent general but is a dreadful politician. He may be the least charismatic man I’ve ever met. Tzipi Livni, his predecessor, was a disaster as leader of the self-described centrist party. Here is a list of her major failures:

–She did not take the opportunity to oust the smarmy party leader Prime Minister Ehud Olmert when the corruption charges against him piled up.

–She did a poor job in the dealing with the end-game in the Gaza war in January 2009.

–She mishandled the coalition negotiations when she did become acting prime minister, leading to the government’s fall.

–She barely beat Mofaz in the 2008 party primary.

–Although her party had one seat more than Netanyahu’s in the 2009 election, Livni bungled the chance for some kind of coalition or rotation agreement. True, Netanyahu held the upper hand and had no incentive to give up much, but that was all the more reason for her to offer him a good enough deal so she wouldn’t be thrown into fruitless opposition.

–As leader of the opposition Livni was a total failure, never providing a good counter to Netanyahu’s positions and showing signs of personal panic that shocked people. Even the anti-Netanyahu media couldn’t rally behind her.

So Livni was a catastrophe; Kadima, itself a merger of ex-Likud and ex-Labor party people, developed no personality of its own.

Mofaz’s record is quite bad, too. In fact, as one Israeli joke puts it, Mofaz in the party leadership accomplished as much self-inflicted damage in three months as Livni had in eighteen months. Previously, he said he would never leave Likud for Kadima, and then did so a few hours later. In 2012 he said he wouldn’t join Netanyahu’s coalition, then did, and then announced he was leaving within a few days over the issue of drafting yeshiva (Orthodox religious studies) students.

Everyone knows that if an election is held, Kadima will collapse. Where will most of its voters go? Almost certainly to Netanyahu. So Mofaz is bluffing and everybody knows it. He cannot afford to have elections. So there’s another joke in Israel that the country will have “early elections” when Netanyahu’s term comes to an end, just after the end of 2013.

Then there’s the left. The Labor Party has split, with the smaller, more national security-oriented faction led by Defense Minister Ehud Barak sticking with Netanyahu’s coalition. That group should also disappear in the next election.

The remaining part of the Labor party has veered to the left and makes domestic social issues its priority. That might well revive the party—especially with the defection of lots of Kadima voters but it won’t win them an election. The party is now led by Shelly Yachimovich whose career experience consists of having been a radio journalist and having never been a cabinet member.

Of course, there were social protests in Israel last year about high prices for some consumer goods and for apartments. There are genuine problems. But these are the result of economic policies that also brought Israel one of the best records of any developed country in the world during the international recession.

And the fall-out from the “Arab Spring” puts national security issues once again front and center.

Alongside of this has been the collapse of the social protests. Last year the movement could mobilize hundreds of thousands—though the media exaggerated its size—and had broad public sympathy across the political spectrum. Now it is reduced to hundreds or a few thousands at most. Why? Because the loony leftists ousted the moderate leadership which had some realistic proposed solutions.

Yachimovich has no monopoly on picking up this support of the discontented. Israelis are realists and know that, unfortunately, a lot of the money intended to be used for social benefits now has to go to build a fence along the border with Egypt and build up Israel’s defensive forces there. 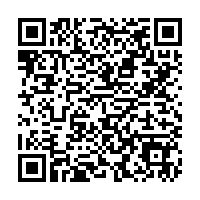