— Douglas Adams, The Hitchhiker’s Guide to the Galaxy

I’m going to try to analyze what Israeli strategy might look like if Obama were to be reelected. I don’t want to write a partisan piece — predicting every type of the most horrible disaster and open hatred from the White House — but a serious analytic effort. This involves speculation, but policymakers have to develop the most likely scenarios in order to plan ahead.

Let me start, though, with a joke. An asteroid hits the ocean, producing a giant tidal wave so powerful that within an hour all land will be covered by water. Television networks put on a variety of politicians, alleged wise people, and religious figures to speak with the doomed population. The rabbi among them explains: “All I can say is that you have one hour to learn to breathe underwater.”

That is Israel’s mission. To survive a second Obama term brought on it by the American — including a large majority of American Jewish — voters.

The first thing Prime Minister Benjamin Netanyahu does is send a warm message of congratulations to the reelected president. He is going to be president for four years, like it or not, and Israeli leaders will work hard to minimize any antagonism. At least with Netanyahu strongly entrenched, Obama will understand that he cannot subvert the Israeli government to get some other prime minister more to his liking (i.e., someone ready to make unilateral concessions in exchange for getting nothing in return).

So with that basis established, here’s Israel’s Obama problem divided into four issues:

Israel’s government needs to ensure the continuation of U.S. aid, including assistance for anti-missile systems, intelligence sharing and other forms of cooperation. Unless Obama decides to go all-out on an anti-Israel vendetta, he is likely to see this issue as a low-priority one. All he has to do is nothing.
Here, Israel’s contacts with Congress and the Defense Department will be critical. The Democrats in Congress will have to show whether they still do actually support Israel — and a majority of them do — by joining with the Republicans in backing continued aid and cooperation. The Defense Department has generally good relations with Israel and also benefits from Israel’s technological advances.

There are real prospects for maintaining bilateral relations on their current level. Obama can be expected to mistreat Netanyahu and to say things that totally misunderstand Israel and insult its interests, but when you are a country of 7.5 million allied with a superpower, your leaders have to take such behavior, as long as it remains verbal.

2. Keep Obama from damaging Israel’s situation in regard to the Palestinians

Obama will have to decide whether to put an emphasis on the Israel-Palestinian “peace process,” meaning pressure on Israel to make concessions while the Palestinian Authority (P.A.) doesn’t keep its commitments and makes no compromises. He might decide to do so based on his ideological predispositions.

Yet there is some evidence that Obama won’t behave this way. His failure on peacemaking is the only such defeat he has ever acknowledged. He knows it is hard and the administration almost certainly knows — though it will never admit it publicly — that what Mitt Romney said was right. The P.A. doesn’t want to make a peace deal with Israel.

Moreover, there have been interesting developments regarding the main strategic motive for the idea that a peace deal is necessary as soon as possible and requires pressure on Israel. This factor is called “linkage” — the concept that bashing Israel and getting the Palestinians a state as soon as possible will solve all of America’s other problems in the Middle East. Once this is accomplished, Muslims and Arabs will love the United States and — more importantly in one man’s mind — Obama.

What’s important here is not just that linkage doesn’t work, but that this reality has never before been so obvious. With anti-Americanism and crisis coming from all directions — Iran, Syria, Egypt, Libya, and so on — will Obama see bashing Israel as a panacea?

There’s no question that during his first term, especially the first two years or so, Obama really believed this and tried very ineptly to institute such a strategy. Yet he knows it didn’t work. At any rate, if faced with such a situation, the Israeli government is quite capable of offering cooperation, giving in on relatively unimportant issues, stalling for time and essentially calling the P.A.’s bluff. In the end, nothing will happen.

The dangers of an Obama second term certainly exist regarding the first two points, but it is the second pair of issues that are really and truly dangerous.

3. How would Obama handle the regional Arab situation and threats from revolutionary Islamist forces that he has helped to unleash and even to put into power?

In my view, the number one danger Israel faces is not Iran, but Egypt.

A radical regime now exists in Cairo that wants to wipe Israel off the map, is willing to help Hamas — which rules the Gaza Strip — on that project, and might get directly involved itself.

During Obama’s second term, Israel is likely to face sporadic attacks from the Gaza Strip that periodically it will have to retaliate against. Obama will remain aloof on this problem, which isn’t good but is manageable. The real difficulty is whether Hamas launches an all-out attack as it did in late 2008.

But this time it would have some level of Egyptian support. Such help could take many forms: Hamas headquarters, weapons storehouses and other facilities being moved onto Egyptian territory so that Israel cannot touch them; a massive flow of arms, weapons, and money across the border financed in part by the ruling Muslim Brotherhood; an influx of Egyptian volunteers to fight alongside Hamas, whose death would lead to howls of revenge in Egypt; and other such measures.

Beyond this, Egypt could escalate into allowing — even if denying responsibility — cross-border terrorist attacks on Israel. Attempted cross-border attacks are already routine and the Egyptian government does nothing to suppress the groups involved. It is not inconceivable that from the mass demands of Salafist and Muslim Brotherhood forces, by the revolutionary enthusiasm of the regime and by ideological hysteria, Egypt could end up in a war with Israel. That might happen if it proved necessary to send Israeli military forces into the Gaza Strip, as happened in 2009.

The Egyptian military is no longer a bulwark against this because its leadership has been dismantled, a collapse partly due to Obama’s policy.

Israel cannot depend on the United States to press sufficiently hard for enforcement of the treaty or to deter Egypt. As a result, Israel will have to be ready to fight such a smaller or bigger war by itself. If a Muslim Brotherhood-dominated regime were to be in power in Syria, it would join in. The only bright spot is that other Arab countries would stand aside. Perhaps even Hezbollah might content itself with the firing of some symbolic rockets rather than have Lebanon flattened in a “Sunni war.”

In fact, for the first time in almost forty years, under Obama Israel could not depend on U.S. support or protection against any Arab threat or aggression. Israel would just have to take care of itself. But the key issue: would Obama send arms — perhaps pressed by Congress and public opinion even if he didn’t face election — or would he play neutral and just do nothing while he pursued useless diplomatic efforts?

Briefly, there is no way that Obama would attack Iran or support an Israeli attack no matter what Tehran does. American sanction efforts would continue hand in hand with Iran going full speed ahead on obtaining nuclear weapons. Israel would still attack Iranian facilities if this were deemed necessary for national survival, but the bar on what constituted acceptable reasons for attacking would be raised.

Israel could also not depend on U.S. support in the aftermath. On the contrary, Obama could be outraged and blame Israel for terror attacks on Americans, the spiraling cost of oil, and other resulting problems. After all, he doesn’t face reelection — he can tame the pro-Israel Democrats with a few crumbs, and he wouldn’t care what the public opinion polls said.

If necessary, Israel would have to take that risk. But how does one define “necessary”?

So Obama’s reelection would be a serious problem for Israel, not a catastrophe or an end to the state. But for the first time in four decades, every Israeli leader would understand that the country could not depend on the United States as a protector. In fact, the Obama administration could be counted on to make things worse. 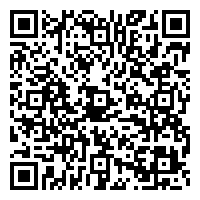