For more than two years, many Israeli and Palestinian leaders have placed blame for their stalemated peace process not only on one another but on a lack of engagement by the Obama Administration. But now that President Obama and his new secretary of state have signaled plans to visit, both sides still remain skeptical that much will change.


While I’m grateful that she concluded what I’ve been saying now for about thirteen years—no progress is going to be made and every knowledgeable person on both sides knows it —I am baffled by the beginning. I have never heard any Israeli or Palestinian, leader or intellectual or just plain individual, ever say such a thing. It is nonsense given the fact that Obama’s strenuous efforts during his first two years in office got nowhere.

The history of what actually happened between 2009 and 2011 has been forgotten, just as the Palestinian torpedoing of peace between 1993 and 2000 has been forgotten. Obama tried, the Arab states wouldn’t help, the Palestinians threw pie in his face (as I wrote at the time), and Israel offered full cooperation. Since then, the Palestinian Authority is strutting with its newly received–from the U.N. General Assembly–state. Contrary to the 1993 Oslo agreement, this was achieved without any compromise, concessions, or agreement with Israel. So on top of everything else, the P.A. feels no motivation to negotiate anymore, not that it did much since 2000. But should we all try? Sure, just don’t do any more damage and in your own interest don’t waste too much time and money.

All of this should be merely academic since we are told that Obama’s visit will focus on Syria and Iran. So what does Israel want to tell Obama and what is he likely to offer or do?

Syria: Presumably, Israel’s leadership will express a consensus view that its main concern is not who governs Syria but how they behave.

There’s no sympathy for the Bashar al-Assad dictatorship which has long sponsored terrorism against Israel. In addition, it is widely recognized that the regime’s fall is a defeat for Iran which would be losing its principal ally. The situation has also opened gaps between Iran and Turkey, which has been very friendly toward Iran (a point that the Obama Administration has ignored). And if Israel ever did attack Iranian nuclear installations, an anti-Iran Sunni-ruled Syrian regime is less likely to do anything in response.

In addition to all that, a successful revolution would weaken Hizballah in Lebanon which at the moment is the biggest threat on Israel’s borders (Hamas is more likely to attack but less capable of doing serious damage), and can well mean that the Lebanese terrorist group will be too busy and insecure to renew the kind of attacks seen in 2006 and earlier years.

Yet what will replace the current government of Syria? Israel will stress that it worries about a Muslim Brotherhood regime that will try to step up the conflict with Israel, including backing its own terrorist clients in Lebanon and Hamas. Another point—which the Obama Administration doesn’t seem to comprehend (though some of its officials worry about this)—is that such a regime would be permissive toward Salafist groups wanting to attack Israel across the border, along with a high degree of anarchy in that part of southern Syria having the same effect.

Israel will also warn that lots of weapons, including some very advanced ones, are pouring into Syria that will not be secured after the civil war ends and that will end in the hands of terrorists to whom they are either sold, given, or even directly armed by the American-Turkish-Qatari-Saudi strategy. They might point to Libya as an example of this process. Perhaps some future U.S. ambassador to Syria and other operatives will be murdered trying to get some of those weapons back.

The U.S. government will talk about the prospects for democracy in Syria, how the Muslim Brotherhood there is going to be moderate and pragmatic, and how the aim of U.S. policy is to use the Brotherhood to restrain the Salafists. 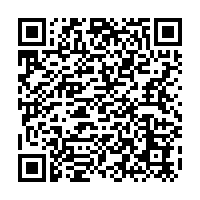