Turkish Reader: Haven’t you understood yet that the US does not care about whether a Muslim country is ruled by Sharia [dictatorship] or by secular

Me: Yes I do care. First, no Islamist government is really going to be pro-American or pro-Western. Second, it won’t be good for that country’s people. Why should I feel differently to handing over Czechoslovakia to Nazi rule or Hungary to Communist rule than Turkey to Islamist rule?

Already there are starting to appear evaluations of what President Barack Obama’s second term will be like. I think that even though the Obama Administration doesn’t know or have a blueprint it is clear and consistent what the Middle East policy would be. It is a coherent program though as I say it is not necessarily fully or consciously thought out. The plan would be for a comprehensive solution which will leave the Middle East situation as a successful legacy of the Obama Administration.


There are three main themes of this plan, though as I say I’m not sure it has really taken shape. By 2016 they will all fail, and leave the West weaker.

The first is with Iran policy. The goal would be to “solve” the nuclear weapons’ issue by making a deal with Iran. One thing that is possible is that the Iranians just deceitfully build nuclear arms. The other that the will go up to the point when they can get nuclear weapons very quickly and then stop for a while. Probably either result will be hailed as a brilliant diplomatic victory for Obama.

This is how the nuclear deal is interpreted by Iran, in a dispatch from Fars new agency: “It seems that the Americans have understood this fact that Iran is a powerful and stable country in the region which uses logical and wise methods in confrontation with its enemies.” In other words America is an enemy of Iran that has backed down.

One thing Iran might get in a deal for “giving up””its nuclear ambitions would be something in Syria perhaps. It would probably look like this. It is possible that this deal would be in the shape of an unofficial partition of Syria, with the Bashar Assad regime surviving in 40 percent of the country including Aleppo and Damascus; another 40 percent would be controlled by a U.S.-backed rebels, mainly Muslim Brotherhood; and 20 percent would be a Kurdish autonomous area. I want to stress that I don’t believe that this would work and would in fact be the object of another Iranian stalling technique.and effort to gain total victory..

Iran wants primacy at least in the Shia world – meaning Iraq, Lebanon and Syria. It would just require Iranian patience if Iran is willing to devote extensive resources to this enterprise until it could seize the whole country. The U.S. probably won’t provide ground troops, which is understandable. And would the U.S. provide military and economic aid to an al-Qaida-Salafi-Muslim Brotherhood regime? At any rate the Iranians would either develop nuclear weapons or simply get to the point where they could if they wanted to and then stop, knowing that they could so at any time. Of course, this would relatively ignore Israel’s security needs.

And if a nuclear deal with Iran doesn’t materialize you can tell who will be blamed by an article named, “A Nuclear Deal With Iran Is Within Reach, If Congress Plays Its Part,”” in the prestigious magazine, Roll Call.

The second theme would be an illusion that it would be possible to resolve the Israel-Palestinian conflict as a two-state solution but actually moving toward the Palestinian real goal which is an Arab Palestine. Period. Regarding this issue it is probably that both sides would stall. Only Secretary of State John Kerry believes otherwise.

The Israeli side would mount a strategic retreat by gradual concessions hoping that the Obama Administration would end before too much damage was done. It is clear, for example, that prisoner releases, the granting of economic benefits and the entry of more laborers would be among the concessions given.Of course, this would also relatively ignore Israel’s security needs. 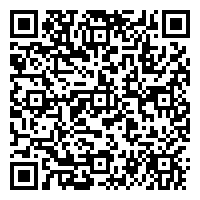