Hamas has good reason to be extremely happy with the “Arab Spring” that has been sweeping the Arab world for nearly two years: thanks to the “Arab Spring,” Hamas leader Khaled Mashaal has, for the first time ever, entered the Presidential Palace in Cairo.

Until recently, Mashaal and other Hamas leaders were considered personae non gratae [unwelcome people] in both Jordan and Egypt.


Mashaal was ousted from Syria earlier this year because he refused to support Bashar Assad in his confrontation with the opposition, which is mostly dominated by Islamists. But Mashaal knows that it is only a matter of time before the “Arab Spring” sees Islamists take control over Syria, enabling him to become a welcome guest in the presidential palace in Damascus.

Last week, however, Mashaal was invited to a meeting with newly elected Muslim Brotherhood candidate Mohamed Mursi in the Palace of Ittihadiyah in the Egyptian capital.

Mashaal was the first Hamas representative ever to enter the palace. Prior to the downfall of Hosni Mubarak’s regime, Mashaal and other Hamas leaders could only dream of the day when they would be received by an Egyptian president in his palace.

But the “Arab Spring,” which had been hijacked by Muslim Brotherhood and other Islamist groups in Tunisia and Egypt, has so far proven to be a blessing for Hamas, an offshoot of the Muslim Brotherhood, and now seeking to reap the fruits of the rise of Islamists to power in the Arab world.

Mashaal was invited to the Al-Ittihadiyah Palace one day after his rival, Palestinian Authority President Mahmoud Abbas, met with the new Egyptian president.

By meeting separately with Mashaal and Abbas, Mursi has created the impression that the Palestinians have two legitimate leaders. Even more, Mursi has put Mashaal on an equal footing with heads of state, thus granting legitimacy not only to the Hamas leader, but to his entire movement.

Also last week, the new Egyptian president surprised many Palestinians when he personally phoned a top Hamas official who had just been released from Israeli prison to offer his greetings.

Even the Hamas official, Abdel Aziz Dweik, expressed surprise at the phone call from the president of the largest Arab country.

According to Hamas sources, Mursi is also expected to meet soon with Hamas Prime Minister, Ismail Haniyeh, who has also been officially invited to the presidential palace in Cairo.

In a move that is expected to further embolden Hamas and tighten its grip on the Gaza Strip, Mursi is said to have promised the Islamist movement to ease travel restrictions imposed on residents of the Gaza Strip

Another Arab leader who seems to be aware of the growing power of the Islamists in the Arab world is Jordan’s King Abdullah.

Jordan’s Muslim Brotherhood organization has already created enough trouble for the monarch. Exploiting demands for reform and democracy inspired by the “Arab Spring,” some Muslim Brotherhood leaders and members are now working to undermine King Abdullah with the ultimate goal of turning the kingdom into an Islamist emirate.

The king is so worried that he recently invited Khaled Mashaal to his palace in Amman and asked him to use his good offices with Muslim Brotherhood to calm things down. King Abdullah is particularly concerned about calls by Muslim Brotherhood and other opposition groups to boycott parliamentary elections later this year.

The fact that the Jordanian king has to seek Hamas’s help in restraining Muslim Brotherhood is a sign of the Islamist movement’s increased influence in wake of the “Arab Spring.”

While the “Arab Spring” has strengthened Hamas, it has at the same time dealt a severe blow to less radical Palestinians such as Mahmoud Abbas and Salam Fayyad.

Unless Abbas and Fayyad become members of Muslim Brotherhood or Hamas, the heroes of “Arab Spring” will continue to look at them as traitors and puppets in the hands of Israel and the US. The rising power of Hamas makes any talk about a peace process sound like a joke. 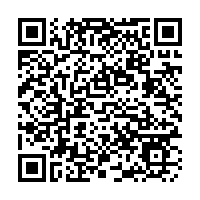