There Will Be a ‘Minute for Munich’ on Friday.

The British Zionist Federation has decided to ask people to join them in commemoration of the murder of 11 Israeli athletes at the 1972 Munich Olympic Games. The worldwide event will take place at  at 11 AM London time (1 PM Jerusalem, 6 AM New York) on the morning of the opening ceremony, Friday, July 27. This measure follows the International Olympic Committee’s decision not to have a minute of silence in the opening ceremony of the London Olympics on the same Friday.


“As you are aware, there have been a number of campaigns urging the IOC to hold a minutes’ silence during the Opening Ceremony of the London Olympics,” begins BZF Executive Director Alan Aziz’s announcement on their website. “Unfortunately the IOC has decided against this commemoration. So, The Zionist Federationis inviting you to join us in remembering the 11 murdered Israeli Athletes.”

The BZF will also be holding a short memorial service that will be streamed live via a webcast from 10.45 AM and will a memorial prayer and the lighting of candles in the presence of Israel’s Ambassador to Britain, Daniel Taub. Visitors will be able to view this at www.zionist.org.uk

If you are part of an organization, Aziz is asking you to email minutesilence@zfuk.org to see how you can get involved.

A Facebook page has been set up for this event and can be found by typing in ‘Minute for Munich’ into the search box on Facebook.

Alan Aziz told EJP: “We believe it is wrong that the IOC refuses to commemorate the Munich massacre at the opening ceremony. We must not let people forget and the groundswell of support that our campaign has received has demonstrated that not only do people remember the horrific events of Munich, but they also understand the importance of remembering it and the innocent victims of that fateful day.”

He added: “Let us celebrate the Olympic Games as it brings the world together as a family, but don’t let it forget those it has lost.” 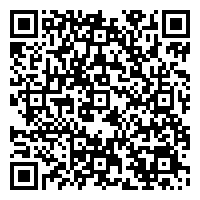