At Annapolis this week, President George W. Bush buried his doctrine. The Bush Doctrine was based upon a simple statement the president made in the wake of the Sept. 11, 2001 jihadist attacks on America.

“Every nation, in every region, now has a decision to make. Either you are with us, or you are with the terrorists. From this day forward, any nation that continues to harbor or support terrorism will be regarded by the United States as a hostile regime,” Bush announced to the roaring applause of both houses of Congress.

The message emanating from Annapolis was exactly the opposite. What the administration effectively said was, “The more you support terrorists, the harder the U.S. will work to appease you.”

The price the U.S. and its allies who are fighting terrorism will pay for this abandonment of strategic wisdom will be steep. And Israel won’t be the only state to suffer.

Much attention has reasonably been paid to the threat the effects of Annapolis conference pose to Israel’s long-term security. The conference was based on a diplomatic framework unprecedented in its hostility to basic Israeli security concerns.

In 2004 the Bush administration forced Israel to accept its road map plan for Middle East peacemaking. The road map, conceived and written by radical Israeli leftists and their European supporters, was itself a horribly anti-Israel document. It essentially committed Israel to a diplomatic framework that denies Israel’s legitimate claims to its heartland – Judea and Samaria – and to its capital city, Jerusalem.

The document’s only redeeming factor was its stipulation that before any negotiations could begin between Israel and the Palestinians, the Palestinians first had to end their involvement and support for terrorism and to destroy the terrorist organizations operating in the Palestinian Authority.

The Annapolis conference and the new U.S. policy it reflects reject that precondition. The new policy is based on the proposition that Israel should commit itself to massive and strategically suicidal territorial withdrawals even before the Palestinians take any action against terrorism. As a result, it traps Israel in an untenable position where its security needs are neglected in the interest of strengthening the terror-supporting Palestinians.

In due course, Israel will pay a heavy price for the stupidity and irresponsibility of the Olmert-Livni-Barak government in agreeing to the Annapolis formula for Israeli concession-making to the Palestinians. But Israel will not actually be the conference’s most immediate victim. Lebanon and Iraq share that dubious distinction.

Many have touted the Bush administration’s new obsession with Palestinian statehood as a ploy to garner Arab support for its efforts to check Iranian regional influence and prevent Tehran from acquiring nuclear weapons. By giving in to the Arab world’s persistent demands to put the screws on Israel in an effort to establish a Palestinian state, it is argued, the U.S. was working to shore up its credibility in the Arab world.

Yet, perversely, the opposite has occurred. Far from gaining influence, the U.S. push for Arab participation at Annapolis placed Washington in the role of supplicant. Rather than thank the U.S. for its efforts, the Arabs tried to distance themselves from Washington. As Khaled Abu Toameh wrote in the Jerusalem Post last Friday, the Arabs’ “major concern is that the Bush administration was planning to exploit the conference to create a U.S.-led coalition to confront Iran, Hamas and Hizbullah.”

In a bid to placate that Arab fear, the Bush administration went out of its way to appease Iran ahead of the conference. That is, far from working to weaken Iran, the U.S. attempt to appease the Arabs by holding the anti-Israel conference, has led directly to Iran’s empowerment.

The most glaring example of this is the U.S.’s decision to invite Iran’s underling Syria to the conference. Syria – with its strategic alliance with Iran, its illicit nuclear program that the Israel Air Force destroyed in September, its sponsorship of the insurgency in Iraq, and its bid to overthrow the democratically elected pro-Western Siniora government in Lebanon in a bid to reassert its control over its neighbor – epitomizes everything the Bush doctrine was supposed to be opposed to. And yet, to secure Saudi support for the conference, the U.S. ignored Syrian hostility and invited Bashar Assad to send an emissary to Annapolis.

Syria’s presence at Annapolis is ripe with consequences for Lebanese independence and democracy. As part of its bid to overthrow the Siniora government, through Hizbullah, the Syrians and Iranians have prevented the Lebanese parliament from holding elections for the country’s president. In accordance with the Lebanese constitution, Syria’s puppet President Emil Lahoud left office at the end of his term last Saturday and due to Syrian, Hizbullah and Iranian interference, no elections could be held in parliament to elect his successor.

Nabi Berri, the Hizbullah and Syrian-aligned speaker of the Lebanese parliament announced early in the week that the parliament would convene on Friday, November 30 in an attempt to elect a successor. The fact that the elections were set to take place after Annapolis was a clear sign that the Syrian presence there was part of a blackmail attempt to force the U.S. to give the Assad regime legitimacy in exchange for a vague – and likely unreliable – Syrian promise to allow elections to occur on Friday.

Given that Syria cares more about reestablishing its control over Lebanon than about maintaining good relations with the U.S., it is fairly safe to assume that they will renege on their presumed pledge to enable the elections to take place. And they will do this after being showered with attention and legitimacy by the Bush administration at Annapolis. What could be more pleasing to Teheran?

Over the weekend, Iranian-backed terrorists carried out a massive terror attack in Baghdad. And yet, rather than point a finger at Tehran, U.S. spokesmen said they didn’t know whether the fact that the terrorists used Iranian ordnance in carrying out their attack meant the Iranian government still supports terrorism. While some 600 Iraqi Shi’ite leaders signed a petition demanding that Iran end its sponsorship for the insurgency in their country, the U.S. has dropped its confrontational stance and has sought to present Tehran as cooperative and friendly even as its militias sow violence and attack U.S. servicemen.

Ahead of the Annapolis conference, Washington announced it was renewing its direct negotiations with Iran on Iraq’s future. The newest round of talks, scheduled to begin in the coming days between Ambassador Ryan Crocker and his Iranian counterpart, Hassan Kazemi Qomi, are a clear indication that the U.S. has decided to appease the mullahs. Just last month the U.S. commander in Iraq, Gen. David Petreaus, said Qomi was a member of the Iranian Revolutionary Guards Kuds Brigade, which the administration labeled a terrorist organization. In his testimony before Congress in September, Crocker argued against holding further talks with the Iranians, claiming that the three previous rounds had led to a radicalization of Iran’s positions and actions in Iraq.

Although the Annapolis conference was pooh-poohed by many as nothing more than a sound and light show, the fact is that it was an event of enormous significance. It was the funeral for the Bush Doctrine. At Annapolis the administration embraced appeasement as a strategy. All committed to the defeat of jihad should be crying bloody murder. 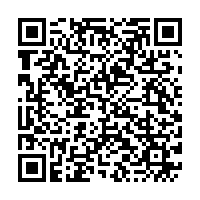