President Biden’s foreign policy and national security team reflects a resurgence of the State Department’s worldview. An examination of this worldview and its track record is required, in order to avoid past mistakes.


This track record consists of such critical issues as:

*In 1948, the State Department led Washington’s opposition to the recognition of the newly established Jewish State, contending that the Jewish State would be helpless against the expected Arab military assault, would be pro-Soviet, would undermine US-Arab relations,  destabilize the Middle East, threaten the US supply of oil and cause severe long-term damage to US interests.  Deputy Secretary of State, Robert Lovett, claimed: “recognizing the Jewish State prematurely would be buying a pig in a poke.”

*During the 1950s, the US courted Egyptian President Gamal Abdel Nasser, considering him a potential ally and extending non-military aid, while Egypt evolved as a key ally of the USSR, supporting anti-Western elements in Africa, intensifying anti-US sentiments among Arabs, and attempting to topple every single pro-US Arab regime.

*In 1978/79, the US betrayed the pro-US Shah of Iran, while embracing Ayatollah Khomeini – including intelligence sharing during the initial months of the Khomeini regime – under the assumption that he was controllable and seeking freedom, democracy and positive ties with the US.

*In 1980-1990, the US collaborated with Saddam Hussein, including intelligence-sharing, supply of dual use systems and extending $5bn loan guarantees. The assumption was that “the enemy of my enemy is my friend.”

This US policy was perceived by Saddam as a green light for Iraq’s invasion of Kuwait, as documented by the meeting between Saddam and the US Ambassador to Iraq, April Gillespie, 8 days before  the invasion, when she asserted (reflecting the position of the State Department) that an invasion of Kuwait was an inter-Arab issue.

*During 1993-2000, the US Administration hailed Arafat as a messenger of peace, worthy of the Nobel Prize for Peace and annual US foreign aid, ignoring his annihilationist vision, as reflected by his 1959 and 1964 Fatah and PLO charters, hate-education system and intensified terrorism.

*In 2009, the US embraced the anti-US Muslim Brotherhood, ignoring its terroristic nature, and defining it as a political, secular entity. Thus, the US turned a cold shoulder toward the pro-US Mubarak, paving the road for the Muslim Brotherhood ascension to power in 2012/13, a blow to all pro-US Arab countries, which have been afflicted by Muslim Brotherhood terrorism.

*Until the eruption of the 2011 civil war in Syria, the State Department considered Bashar Assad a reformer and a potential moderate due to his background as an ophthalmologist in London, married to a British woman and President of the Syrian Internet Association. Similarly, Hafiz Assad (“the butcher from Damascus”) was regarded as a man of his word, a credible negotiator, justifying Israel’s giveaway of the strategically overpowering Golan Heights.

*In 2011, the State Department was a key engine behind the US-led NATO military offensive, which toppled Libya’s Qaddafi, notwithstanding his dismantling of Libya’s nuclear infrastructure, fervent war on Islamic terrorism, and providing the US unique counter-terror intelligence. The toppling of Qaddafi transformed Libya into a platform of civil wars and global Islamic terrorism.

*In 2011, the Washington, DC foreign policy and national security establishment welcomed the tectonic eruption of violence on the Arab Street as a march toward democracy, progress toward peaceful-coexistence, Facebook and youth revolutions – an Arab Spring.

However, a reality check demonstrates that it has been a ruthless Arab Tsunami, exposing endemic intra-Arab and intra-Muslim terrorism, subversion and violent power struggles, tribally, ethnically, religiously, ideologically, locally and regionally.

*In 2015, irrespective of Iran’s core fanatical, repressive and megalomaniacal ideology and systematic perpetration of war and terrorism, the architects of the Iran nuclear accord (JCPOA) provided Iran’s Ayatollahs with a $150bn bonanza to bolster their ballistic, terroristic regional and global expansionist machine.

They were guided by the assumption that the Ayatollahs were credible partners for negotiation, amenable to peaceful-coexistence and influence-sharing with their Arab Sunni neighbors. Moreover, the US disappointed most Iranians, by renouncing a military (regime-change) option against the ruthless and lawless regime in Teheran.

In view of the aforementioned track record – which highlights a systematic gap between Middle East reality and State Department policy – President Biden’s Middle East team may benefit from the studies of the late Prof. Elie Kedourie (London School of Economics and Political Science), an iconic Middle East historian, whose politically-incorrect books and articles have been vindicated by Middle East reality.

According to Prof. Kedourie (The Chatham House Version): “The sober assumption that Middle East instability is endemic has found little favor either in Britain or in America….

“One of the simplest and yet most effective means known to mankind of keeping in touch with reality is to contrast what people say with what they do…. Alien conventions and unfamiliar speech add to the confusion…. All too often assumptions are not tested on the pulse of experience, they remain mere abstract doctrines, and men are taken up and praised for what they say rather than for what they are….

“The language of modern English and American politics is now adopted by the whole world and – divorced from the tradition in which it has value and dignity – becomes a debased, inflated jargon, a showman’s patter by which [Middle East] tyranny is made to seem constitutional, and crookedness to look straight….

“What may one properly mean by a settlement of the Palestine problem….? This dispute has become secondary…. The dispute now lies between Israel and the Arab states…. In the wider dispute, Israel is the immediate but not the most important factor. This lies in the rivalries of the Arab states…. A solution of the Palestine problem will accomplish little even if all the Israelis were exterminated and their state destroyed.  For then would perhaps come a quarrel about the spoils and issues even more intractable, but certainly not peace….

“Tidy doctrines will not help, and simple answers will deceive.  The disorder of the Middle East is deep and endemic, and the disappearance of Israel… will neither cure or even mitigate it.  The very attempts to modernize Middle Eastern society, to make it Western or ‘democratic’ must bring about evils, which may be greater than the benefits….

“[In the Middle East], political power is traditionally capricious in the transmissions, acquired by violence and established by repression…. Political stability is chancy and precarious…. Habits of stability are unknown, and the subject has more reason to fear the displeasure of his masters…. Sedition, treason and civil war are common enough in Middle Eastern history….

“The Muslim theory of international relations recognizes two possible situations only: war on the ‘infidel’ or his subjugation to the ‘faithful.’  Peace with him de jure is hostility until he recognizes the authority of the Muslim ruler…. The comity of nations, or the sanctity of treaties, the rules of natural justice, or decent respect for the opinions of mankind, are quite alien and largely unintelligible to the Middle East…. (ibid, pp 1-12)

In 2021, ten years following the eruption of the Arab Tsunami – and contrary to the expectations of the State Department – the Arab Street is still dominated by its intrinsic 1,400-year-old instability, unpredictability, violent intolerance, human rights squashing, despotism, intra-Arab and intra-Muslim wars and terrorism, and the tenuous nature of all regimes, policies and accords, while the Arab Tsunami has yet to reach its peak.

Such a policy failure is attributed – if one employs Prof. Elie Kedourie’s studies – to “successive and cumulative manifestations of illusion, misjudgment, maladroitness and failure (ibid, p. ix).”

Will President Biden’s foreign policy and national security team, dealing with Iran’s Ayatollahs and the Middle East at-large – which are epicenters of global proliferation of ballistic and nuclear technologies, as well as Islamic terrorism – learn from past critical errors by avoiding, or repeating, them?

At stake is regional and global stability, including the national security and homeland security of the USA. 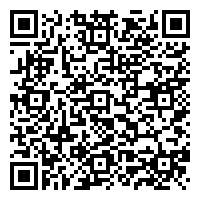