“Although the telephone conversations that took place yesterday between the US government representative and senior Palestinian Authority officials were positive and cordial, there are obstacles to the opening of PLO offices in Washington and the opening of the consulate in eastern Jerusalem,” a Palestinian source said in an interview with TPS.

PA Minister of Civilian Affairs Hussein A-Sheikh spoke on Monday night with Hady Amr, Deputy Assistant Secretary for Israeli and Palestinian Affairs in the Bureau of Near Eastern Affairs within the US State Department.


This was preceded by a conversation between Amr and PA Prime Minister Mohammad Shtayyeh and PA intelligence chief Majd Faraj, according to Palestinian sources.

The source said that based on his sources in Ramallah and Washington, the Americans said that due to a lawsuit filed against the PLO the family of an American soldier killed by Palestinians in PA territory demanding compensation of $650 million, it would be difficult for the Biden administration to reopen the PLO embassy in Washington.

One of the lawsuits pending in the US and making it difficult to open PLO offices is a 2015 ruling in which the New York Federal Court ruled that the PA encouraged violence and terrorism during the Second Intifada and awarded $650 million in compensation to a group of claimants.

The Trump administration ordered the closure of the PLO diplomatic mission in Washington in September 2018. The administration cited the refusal of PA leaders to enter into peace talks with Israel as the reason for closing the office.

The reopening of the consulate in eastern Jerusalem will also be delayed, as this requires coordination with Israel, which is preparing for elections.

The eastern Jerusalem consulate was closed and converted into a Palestinian affairs unit within the new embassy in Jerusalem.

“The issue of the nuclear agreement with Iran is currently the main issue between Israel and the United States and not the consulate in eastern Jerusalem,” the Palestinian source said.

The source added that Amr signaled to the Palestinians that he did not intend to have a one-way dialogue with them as long as contacts with Israel did not begin on the Palestinian issue.

At the same time, Amr expressed appreciation for the PA’s decision to cancel the payments of grants to released terrorists and enlist them in its ranks, and emphasized the US State Department’s decision to renew assistance to the Palestinian Authority.

State Department Spokesperson Ned Price said Tuesday that the US intends to restore humanitarian assistance to the Palestinians.

“We’re not doing that as a favor, but because it’s in the interest of the United States to do so,” he stated during the press breifing, claiming that the suspension of aid to the PA has “neither produced political progress nor secured concessions from the Palestinian leadership. Of course, it has only harmed innocent Palestinians.”

“This is something we are working on very quickly to restore and to announce,” he added. 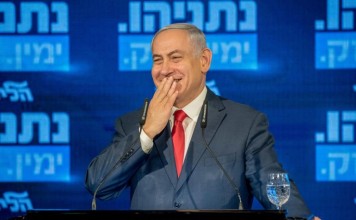 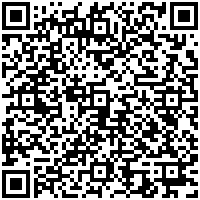