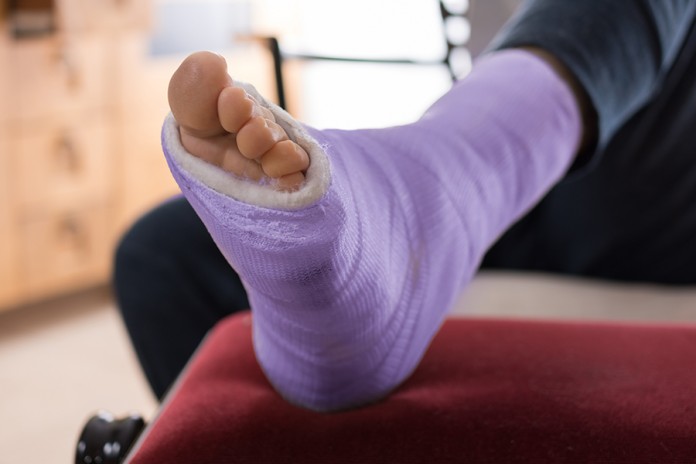 It was a quarter to ten on Wednesday evening. The house phone rang, but stopped before I could pick up the receiver. I looked at “Calls Missed” to see if I recognized the number. It was that of my son-in-law, Yonatan.* Odd, I thought, he doesn’t usually call this late. I then saw my cell phone blinking green. There was a message – from Yonatan.

“Hi. Tried to call you but no answer. Ruth* is not going to be coming to you tonight. She fell and has a fracture in her foot. We are en route to pick her up and bring her home. Sarah* and Yoel* are being incredibly helpful and took her to the Emergency Clinic. We’ll be in touch.”

I went to tell my husband, trying to keep on an even keel and not let anxiety take hold. Perhaps it was just that: a fracture in her foot. I hoped, and prayed, it was nothing more, that they were not keeping something from me. My husband, in his usual calm and sensible way, took it at face value and said, “In a few minutes, call Sarah and ask her what happened, what’s going on, if there’s anything we can do.”

Every Wednesday evening, our granddaughter, Ruth, who is studying at the Jerusalem Michlalah, comes to us for supper, and stays the night. Thursday mornings, she and Saba leave for his office, where she works with him for several hours and then comes back to our apartment to help me with Shabbat preparations. She is a whiz at cleaning, thorough and efficient, and cheerfully moves the furniture about to get to the corners, humming as she works. When she finishes, she strips the bed, gets all her things together and crams them into her huge backpack, which also contains her laptop.

We hug at the door.

“Nesiya Tova, Ruth (Have a good journey.) Text me when you get home. See you next week, b’ezrat Hashem.”

She walks swiftly down the stairs, I watch her until she is out of sight. In her mind she is already on her journey home to Zichron Yaakov, near Haifa, which entails a bus journey, the train to Binyamina, and another bus to Zichron Yaakov.

But the following Wednesday worked out differently. She called me in the afternoon and said not to wait for her for supper, there is something connected with her course she needs to do and will be arriving later. She’d update me when she knew when she’d be with us. So I didn’t worry when it got to nine-thirty and she hadn’t called.

And then came the message from her father.

Much later that evening – close to midnight – I was able to put the story together after speaking to Avital,* her mother, and her aunt.

Ruth had left the Michlalah, and was walking along a path which would take her to the bus stop, on her way to our house. The path was unevenly paved, she tripped, fell, felt a searing pain in her foot, and couldn’t get up. Fortunately her cell phone was in her pocket. She called her mother, who told her to call her Aunt Sarah* and Uncle Yoel,* who lived only a few minutes’ away from the Michlalah, as she would obviously need medical care immediately.

Her aunt and uncle came to get her straight away. She was in a lot of pain, and they drove her to her health facility’s emergency clinic on Rehov HaTurim, in the center of Jerusalem. The orthopedic doctor examined her, sent her for an x-ray, and saw that there was a broken bone in her foot. Her foot and lower leg were put in plaster, and she was told not to put any weight at all on that leg. She would need to have the plaster cast for four to five weeks.

What now? The choice was either for her to stay in Jerusalem overnight in her aunt and uncle’s apartment, or for a way to be found for her to return to Zichron Yaakov. Staying overnight in Jerusalem was immediately rejected: there were 24 steps up to that apartment, and she had not yet received crutches. It would be a painful and laborious task to get her there – and down the next day. So, how to get her home? They and Ruth’s parents decided that if Sarah and Yoel would drive to Latrun – 35 kilometers from Jerusalem – her parents would meet them there and take Ruth home.

Her parents set out from Zichron Yaakov, 110 kilometers from Latrun. Meanwhile, Sarah, Yoel and Ruth drove to the Michlalah to pick up Ruth’s personal belongings from the room she shared there with other girls. They drove to Latrun and waited for Ruth’s parents to arrive.

That was as far as I knew before I went to bed well after midnight. They would all have gotten to bed much later – possibly at two or three in the morning. I had asked Ruth’s parents just to text me that they arrived home safely, and found the message when I woke for the first time during the night.

I slept in fits and starts that night. Thoughts were tumbling around in my mind like clothes in a washing machine, entangled together. First, gratitude to Hashem that Ruth hadn’t suffered a more severe injury. Second, thanks to Hashem that He had answered my daily prayer to Him that all the family should arrive at their destinations safely and return home safely. But third, I was dealing with the unfamiliar emotion of having been toppled, supplanted! For so many years, my position in the family had been clear, and now I had been discounted, so I thought.

I lay awake, going through all the details of Ruth’s fall and its aftermath. And then, I quite quickly realized that I was looking at things from the wrong angle. From a practical point of view, Saba and I couldn’t have helped Ruth as effectively as her aunt and uncle did: we had no car, and we live at the other end of Jerusalem. So it’s not that I had been displaced, it’s that they made the best decision in the circumstances.

Among the thoughts tangled together was a recollection from one of the happiest days of my life, the day – a long, summer Shabbat – I gave birth to my second daughter, Ruth’s mother. I lay in the hospital bed, holding her, thinking, “Baruch Hashem. A healthy baby. Two girls, two sisters, Sarah and Avital, they’ll be able to be there for each other.” As an only child, this was even more significant.

Thanks to Hashem this has come to pass. With age, my position in the family has naturally changed. I haven’t been supplanted, and I am confident that the two sisters are indeed there for each other. It is time now for me to pass the baton on to them. What a blessing and a comfort that is! 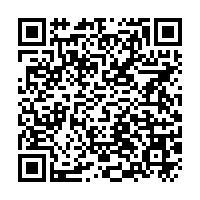