In the Arab/Muslim Middle East – contrary to Western democracies – regimes are authoritarian, suppressing the majority. They are not scrutinized by legislators and constituents, unconstrained by checks and balances, unchallenged by election cycles, and highly motivated by long-term visions. These visions quash constituents’ preference, and supersede tempting Western financial packages.

Therefore, unlike the relatively short-term, election-driven strategy pursued by Western policy-makers, Arab policy-makers are driven by long-term strategy and vision, supported by short term tactics, which frequently aim to mislead, while camouflaging the actual vision.

According to the de facto Palestinian vision – as documented by the current K-12 Palestinian hate curriculum – Palestine extends from the Jordan River to the Mediterranean, erasing the “infidel” Jewish State (The term Palaistine was coined by the Greeks in the 5th century BCE, referring to the Land of Israel).

The de facto Palestinian vision was determined before the 1967 Six Day War; before the Jewish State reunited Jerusalem and regained control of the mountain ridges of Judea and Samaria (which was renamed the West Bank during the 1950 Jordanian occupation).

The 1964 PLO charter did not refer to Judea and Samaria (West Bank) and Gaza – which were occupied by Jordan and Egypt – only to pre-1967 Israel.

The 1968 edition of the PLO charter – which is still in effect, in defiance of a 1993 (Oslo) PLO commitment to amend it and desist from terrorism and hate education – refers to the entire area from the Jordan River to the Mediterranean. It can be amended only by a 2/3 majority of the Palestinian National Council.

The boundaries of “liberated Palestine” are delineated by the PLO emblem, highlighting the pre-1967 area of Israel. It demonstrates that the crux of the conflict is not the size – but the existence – of the Jewish State.

Moreover, the largest organization within the PLO, Fatah – headed by Mahmoud Abbas – was established in 1959, eight years before the 1967 War, proclaiming the aim “to liberate Palestine,” from the Jordan River to the Mediterranean, as displayed by the Fatah emblem.

On September 13, 1993, a few hours before signing the Israel-Palestinian Oslo Accord on the White House lawn, Arafat told the Jordanian TV that the accord is an interim agreement – the first phase of the PLO’s June 1974 “Phased Plan.” The latter legitimizes the establishment of a Palestinian Authority over any part of British Mandate Palestine, as a beachhead for vanquishing the enemy, and establishing a Palestinian state over the whole of Palestine.

The August 14, 2009 and November 16, 1998, January 30, 1996 and May 10, 1994 speeches by Mahmoud Abbas and Arafat reiterated the step-by-step Palestinian tactic toward the attainment of the de facto Palestinian vision, drawing inspiration from Mohammed’s Hudaybiyya Treaty – a major precept of traditional and contemporary Islam and Arab policy-making.

The 628 AD Hudaybiyya Treaty – when Mohammed signed an agreement, regrouped, breached the agreement and vanquished his enemy in Mecca – has been a role model for agreements between Muslims and “infidel” entities.  These agreements do not constitute a goal, but rather a means. They are merely a truce, not a final peace – merely a stepping stone to victory over the “infidel.”

In 2020, the Palestinian hate curriculum; the popularity of the anti-Semitic Mein Kampf and The Elders of Zion on the Palestinian street; the glorification of suicide bombers; the systematic incitement by the Palestinian clergy; the monthly subsidies to families of terrorists, and the bolstering of the terrorist infrastructure in Judea and Samaria (West Bank) and Gaza, underscore the de facto Palestinian vision.

Notwithstanding the aforementioned documentation – which is reflected by unprecedented Palestinian terrorism, hate education and violation of commitments – most Western democracies experience suspension of disbelief, overlooking the Palestinian walk.   They embrace the “screen-saving,” misleading Palestinian talk, and delude themselves that financial benefits might divert the Palestinian leadership from its real goal.

They ignore the fact that financial benefits have failed to produce intra-Arab peaceful coexistence during the last 1,400 years, and have not altered the de facto Palestinian vision despite unprecedented economic and political benefits extended by the 1993 Oslo Accord and by Israel’s 2005 disengagement from Gaza.

As expected, each Israeli concession added fuel – not water – to the fire of Palestinian terrorism, which has not modified the pro-Palestinian Western policy.

The Western tendency to sacrifice reality on the altar of wishful-thinking and oversimplification has generated major blows to regional and global stability. This was demonstrated when Western democracies facilitated the 1978/79 emergence of Iran’s Ayatollahs, embraced Saddam Hussein until his 1990 invasion of Kuwait, and welcomed the Arab Tsunami (since 2010) as if it were really an “Arab Spring” and ‘Facebook Revolution.” This bolstered Iran’s pursuit of conventional, ballistic and nuclear capabilities (2015), and crowned Arafat with a Nobel Prize for Peace (1994).

When it comes to the de facto Palestinian vision, will Western democracies learn from past, self-destructive mistakes by avoiding – or repeating – them?! 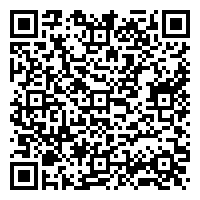