65 Chabad hasidim who arrived in Israel from the US last week have turned out on Sunday night to be infected with the coronavirus. They are part of a group of 114 Chabadniks who were lodged at the Dan Hotel in Jerusalem after a concern had been raised that they were carriers of the virus.

The infected hasidim were transported to Shmu’el Harofe Hospital, a geriatric facility in Be’er Ya’akov, near Ness Ziona and Rishon Lezion. The test results of eight group members have not yet been obtained. The remaining 41 Chabad hasidim will stay at the Dan Hotel, which has been transformed from a simple hospital to a facility for special cases.

The group, which came from a yeshiva in Crown Heights in Brooklyn, were transferred to the hotel directly from the airport instead of being sent to home isolation, following health ministry indications that some of its members had contracted the virus.

The Jewish Press Online reported on Sunday that the NYPD 71st Precinct had warned the hasidic community in Crown Heights that there would be no tolerance of gatherings of any kind in the neighborhood (NYPD Warns Crown Heights Residents ‘There Will Be Arrests’ If They Gather).

Israel’s Health Ministry announced Monday morning that the number of coronavirus infections in Israel has increased to 1,238, an additional 167 cases since Sunday. 24 are in serious condition and 37 have recovered. 74,498 Israelis have been ordered to remain in isolation.

The Health Ministry on Sunday launched the Magen (shield) app, to help prevent the spread of the coronavirus. The app tracks the user’s location and warns them if they are about to come in contact with known virus carriers. But when this reporter, who lives in Israel, tried to download the app he was notified that “This app is not available in your country.” User Azaria Elburg, on Sunday gave the app 2 stars and reported it was “almost worthless. It correlates overlaps only since installation. Should get last 3 weeks from device history, or Google’s timeline, or any other such source.”

As part of the efforts to curb the spread of the virus, the Israeli government has decided to postpone summer daylight saving time until May 1. Interior Minister Aryeh Deri said this was intended to “prevent children and adults from spending more hours outside the house, thus reducing the use of the public space these days.” Daylight saving time was scheduled to start on the night between Thursday and Friday of this week.

The health ministry continues to discuss tightening movement restrictions on the Israeli public, and one of the options being considered is to instruct all adults over 60 not to leave their homes at all. A senior source at the health ministry said this was one of the recommendations to the Netanyahu cabinet, which was not crazy about the idea, mostly because many of the ministers are themselves over 60, and the PM himself has recently celebrated his 70th birthday. So, no go.

Police have been instructed on Monday to increase enforcement in places where it appears that the health ministry’s guidelines are not being followed. But police have not yet been given the authority to arrest or even just issue fines to individuals who make a mockery of those guidelines, they can only sanction businesses.

In recent days, there has been a dispute between the Health Ministry and the Defense Ministry over who should be managing the coronavirus crisis. Traditionally, the two ministries cooperate in times of crisis, but it is the defense apparatus which is calling the shots, seeing as it is best equipped to carry them out (Hint: it has an army and several security forces at its disposal). But Prime Minister Netanyahu has decided that these powers remain in the hands of the health ministry, with its shoddy record of bad planning for the crisis and countless failures in meeting the challenge.

One wonders if the same decision would have been made if Netanyahu’s big competitor on the right, Naftali Bennett, was not receiving great public support for his vigorous and decisive performance as defense minister.

The two ministries are at opposite ends regarding procurement, manpower, and decision-making on the needed number of daily tests: Bennett wants tens of thousands of daily tests, while the health ministry insists on limiting them to 3,000 a day. Clearly, it would be better to err on the side of conducting too many tests than to risk the continued, unchecked spread of the disease for the sake of frugality.

And so the Temple Mount will be closed to Jews, even though the population which violates the safety regulations regarding the coronavirus are Arabs of eastern Jerusalem. 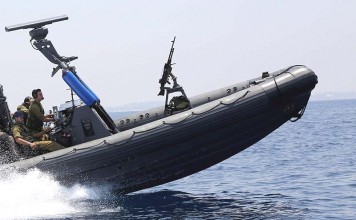 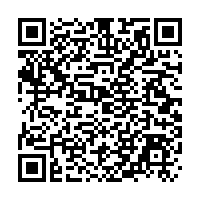