Few things ought to be as urgent as keeping Iran from acquiring nuclear weapons, yet the West – led from the front by the United States – has fallen into the “peace process” trap that considers talk to be progress and, once a conversation has begun, that there is nothing worse than stopping it.[1]

Iran understands this as a Western peculiarity, and has used it to cause a rift between Israel and the West; receive assurances that that military action is not in the offing; and begin a process that leaves the Islamic Republic in full control of its nuclear program for a negligible price. Talk about your demands.

Several months ago, the media was ablaze with war talk -– a potential Israeli strike against Iran, of course, but also the war between Israeli Prime Minister Netanyahu and his former Mossad chief, Meir Dagan. While the PM was working to keep the threat of military action on the Western agenda, Dagan was announcing to the world that military action was a choice to which he was opposed. Time magazine put “King Bibi” on its cover and said he was “unlikely to forge a peaceful path.” Everyone seemed to know when Israel was going to “do it.”

In truth however, Dagan was not so much opposed to the military option as to its imminent exercise and its exercise by Israel. He told Lesley Stahl, “An attack on Iran before you are exploring all other approaches is not the right way to do it.”

Dagan: I heard very carefully what President Obama said. And he said openly that the military option is on the table, and he is not going to let Iran become a nuclear state.

Stahl: What I think you’re now saying (is), “Why should we do it? If we wait and they get the bomb, the Americans will do it.”

Dagan: The issue of Iran armed with a nuclear capability is not an Israeli problem; it’s an international problem.

Since there wasn’t as much distance between Dagan and Netanyahu as they had hoped, American officials – including the Chairman of the Joint Chiefs of Staff – publicly denounced the idea of an Israeli strike and talked up Iranian air defense capabilities, and “containment.”

Reassured that it didn’t face military action in the short term, Iran – without actually stopping uranium enrichment and without actually allowing inspectors into its facilities — moved to block upcoming Western sanctions.

Talk would do the trick.

The P5+1 met with Iran in Istanbul in April, where EU negotiator Catherine Ashton lauded the “atmosphere,” the “body language” of the Iranians, and their willingness to go to Baghdad in May. During the Baghdad talks, the IAEA discovered that not only was Iran continuing to enrich uranium, but also had stockpiles enriched to 27%. The Iranians called these developments a “technical glitch” and said Western complaints were designed only to “damage the existing constructive cooperation between Tehran and the IAEA.”

The Western powers, however, did not complain very much. “The two sides’ commitment to diplomacy in the absence of any clear agreement is a positive sign,” said Ali Vaez, Iran expert at the International Crisis Group. “All parties should be commended for returning to the negotiating table. Obama should be commended for having turned diplomacy into a process rather than the one-off meetings that existed in the past,” wrote Trita Parsi, President of the National Iranian American Council.

Eyes are now on Moscow for the next round of talks in June. After that? Stockholm in July is lovely; August is for vacation; then perhaps Vermont to watch the leaves turn in September.

The process is likely to continue as Iran’s nuclear program continues. But the recent – and ongoing – revelations of the so-called Flame malware infecting computer systems in Iran are a reminder that action has its place, albeit not necessarily with airplanes over Fordo.

60 Minutes narrator: Soon after (Dagan became head of Mossad), Iranian cargo planes started falling from the sky, nuclear labs were catching fire, centrifuges were malfunctioning. And then, one by one, Iranian nuclear scientists started disappearing and getting killed, blown up by shadowy men on motorcycles. But no matter how hard we tried, whenever we asked about any of this, he stonewalled. 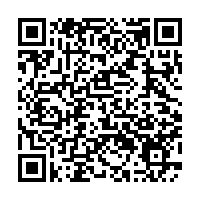