Coming into Sunday evening’s debate, the question was whether another poor performance by Donald Trump would mark the total collapse of his campaign—and if that had been the only standard, his performance must be judged a huge success. But it’s hard to imagine that the evening will be remembered for anything other than the discussion of both Trump and Bill Clinton’s sexual history as well as for the GOP candidate’s unprecedented threat to jail his opponent if he wins.


The good news for Trump was that after a shaky start devoted to the discussion about the tape containing his boasts of sexual assault, he seemed to gain confidence. The act of trying to turn the tables on Clinton, in which he brought up her husband’s conduct—charges that were accentuated by the presence of four Clinton accusers present in the audience at Trump’s invitation—and her attacks on those women, seemed to energize the billionaire. At times, he seemed very much like the person who seemed to have all the momentum on his side when Clinton appeared to have as much trouble explaining her email scandals or articulating anything more than stale liberal talking points. Trump gave his devoted followers the kind of red meat they love in denouncing the Clintons as mercenary tools of the establishment, tying her to the Obama administration’s failures, and saying he’d appoint a special prosecutor if he’s elected president for her email scandal. Trump also benefitted from the moderators’ clear bias against him. At one point ABC’s Martha Raddatz literally began debating him on foreign policy—admittedly, a subject she knows a lot better than he does, but still an egregious moment. Still, they did ask Clinton tougher questions than the ones she got in the first debate, cornering her on her emails and the leak of her speech transcripts. When she sought an alibi for saying politicians should have different stances on the issue in private than in public by referring to Steven Spielberg’s movie about Abraham Lincoln, she made the sort of unforced error we expected Trump to make and he made her pay for it.

Had the events of the last two weeks not occurred, we might be viewing the impact of the Town Hall format debate very differently. But they did, and we can’t pretend that Trump merely exceeding expectations can make up all the ground he’s lost in that time.

Just as important, the headlines coming out of this debate will continue to focus on topics that don’t help Trump. His supporters may have been delighted with his echo of their “lock her up” chant, but his talk of her being “in jail” was as shocking as it was unprecedented in American history. That is the sort of thing that happens in dictatorships and banana republics, not the United States, and reinforces concerns about whether a vindictive man like Trump should be entrusted with the power of the presidency.

Trump’s continued sympathy for Russia (including him falsely stating that they are attacking ISIS in Syria) and giving the back of his hand to running mate Mike Pence for his support for a strong U.S. response to Moscow won’t be lost on voters either.

Moreover, though Trump was able to leave the sexual assault issue behind after his rocky first minutes—something that was enabled by Clinton’s refusal to respond in kind to his attacks on her husband—it’s likely that issue is still uppermost in the minds of voters regardless of how we score the debate. If more tapes come out or if his assertion that he never acted on his boasts—a claim that will be easily debunked by accusers if there are any willing to come forward—whatever he achieved on Sunday night won’t matter.

The swing state voters he’s losing—especially the educated white women he desperately needs—aren’t going to be persuaded by his deflections and over-the-top attacks. The debate will allow Trump’s campaign to limp along. But this late in the contest with so many liabilities and the Electoral College map stacked against him, it was nowhere near enough. 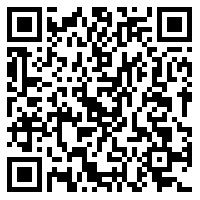