For a moment, let me remove my hat as a Republican candidate for public office and speak only wearing my yarmulke, as a Rabbi who has known Cory for twenty years and has had the blessing throughout that time of an intimate, brotherly friendship.

Many of us back at Oxford thought that Cory might be the first African-American president. Not because of his resume or his ability to connect with people. Not even because of his charisma. Rather, Cory had a gift that I have always envied. He genuinely loves people. He likes being around them. Likes speaking to them. Likes listening to them. He believes he has something to learn from everyone. He sees his role as conferring dignity on those he meets. And that kind of respect for others usually leads to something big.


Today Cory is one of America’s most successful Mayors, having substantially reduced crime, increased investment, and restored promise to New Jersey’s largest city. But I continue to focus simply on the way he treats others.

A few weeks ago he invited me and my kids to the Cirque du Soleil tribute to Michael Jackson in Newark. Sure enough, there was Cory’s mentee, a young Newark child, whom Cory guides and with whom he studies as part of his city-wide mentoring program. And Cory is a busy man. For those who believe he started this only when he entered the national spotlight, I remember him doing the same at Oxford, where he led a mentoring program with several other Oxford students in Blackbird Leys, a housing estate a few miles outside the University.

Now Cory finds himself in a firestorm between right and left. His sin? To have said that negative attack ads from both parties are nauseating. Why was he so honest? Because bringing people together has been what he’s all about from the moment I met him twenty years ago this September. He has always hated division. It has always nauseated him, from the moment I met him. Few people I have met have been more committed to social unity and bringing people together than he. He is – I say this sincerely – a magnanimous soul who finds it easy to praise people and painful to criticize.

And about the political negativity he cites? He’s right. No matter how much we don’t want to hear it. And both parties are indeed guilty, both Republicans and Democrats alike.

Which other African-American Christian Rhodes scholar would have agreed to become President of an orthodox Jewish student organization that was run by a Hassidic Rabbi? And why did Cory do it? Because our organization, though Jewish, had thousands of non-Jewish members from all walks of life. Every Friday night we would gather together. Catholics from Spain. German students from Berlin. Israeli doctoral students from the extreme left. Orthodox American students who were often more conservative. Islamic students from Jordan and Saudi Arabia. Gay students. Straight students. Old and young. Liberals and conservatives. And Cory would get up and give inspirational talks, often from the lives of great African-American leaders, that would draw these different strands together. And it was the presence of so many disparate people, who shared a common humanity, that inspired him in turn.

The end of his final exams, the culmination of two years, was a sight to be seen. Who was waiting for Cory outside the University Exam Schools? Well, for most students it would have been similar-aged male and female students, pouring champagne over their heads, in the time-honored Oxford tradition. For Cory it was a group of mature, female students, perhaps in their fifties, that he alone had gone out of his way to befriend at his College, while they were ignored by others.

It’s kind of sad that a political leader as accomplished as Cory, who has been as successful as he at reviving a city, should be hit by the left for criticizing the Obama campaign, and by the right for later defending the campaign. Does politics mean never speaking your mind or living by your values?

Few have done more to support President Obama than Cory. In each of our conversations for the past few years Cory has been the President’s great admirer and stalwart defender. But if he has an issue with him from time to time, no big deal. Being part of a party should not have to mean being a brownnoser. Conversely, the Republicans need not portray Cory as being out of step with his party just because he doesn’t agree with everything they do, and the Republicans should not be putting Cory into the uncomfortable position of appearing to be a serious critic of the President when is a supporter. 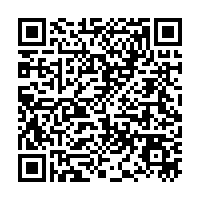