Last week Bethlehem Bible College, BBC, hosted its third ‘Christ at the Checkpoint’ conference. Like the two that preceded it in 2010 and 2012, #CATC2014 was a rhetorical propaganda masterpiece. I am a Christian who attended, listened and via social media, reported throughout.

I did not go with the intention of making waves but did so anyway. I was outed on the first day when, in an opening session introducing ‘the conflict’ vis-à-vis ‘The Palestinian Church,’ everyone in attendance was asked to introduce themselves and who they represented. When I announced that I was reporting for The Jewish Press, there was no turning back.

In that first session, our teacher, Reverend Alex Awad, instructor and Dean of Students at BBC, put up a photo of carnage from a suicide bus bombing in Jerusalem that took place during the Second Intifada. He said, “We renounce the horror of atrocities committed by both sides.”

My hand went up. “I see horror in the picture we are looking at, the horror of innocent civilians slaughtered by Palestinian terrorists. You say that Israel is guilty of equal atrocities? Specifically, what has Israel done that is comparable to this?”

Awad hemmed and hawed, then said, “Well, there is the Apartheid wall, the dehumanizing checkpoints and, of course, so many Palestinians killed by Israeli armed forces.” The entire classroom of about 200 erupted in cheering and applause.

When the room quieted, I followed up. “Are you saying, then, that Israeli military operations in response to terrorism are an atrocity equal to or even worse than the carnage of Israeli bodies we are looking at on the screen?”

“Yes,” Awad replied, “they are.” More cheers and applause exploded from the class.

I tweeted Awad’s words, “2nd intifada Israeli military operations were terrorist acts, no different than suicide attacks against Israel.” I added the conference’s official hashtag, #CATC2014 and then one consisting of my initials, #BS. And so began the first of five long days.

Want to know what ensued as it happened? Go to twitter.com and search #CATC2014. Read everybody’s tweets from beginning to end, from 10 to 15 March.

Read them and weep.

Except for explicit calls to violence, every part, every aspect of rhetoric by Islamic Fatah and Hamas was brilliantly, horrifically ‘Christianized’ by the 5-day gathering that calls itself, ‘Christ at the Checkpoint.’

In the aftermath of attendance, I find myself nauseous, shocked and soiled in my soul. The language and sensibilities of my own evangelical Christian faith were prostituted—offered, sold and used—to seduce, ensnare and captivate young evangelicals, millennials, the sons and daughters of Christians who stand with the Jewish State.

What can be done to stem this tide, to neutralize this virus? In my opinion, we cannot stop it. It is too late for that. We can, however, rescue and recruit a faithful remnant. How? This essay is not the place to set forward a comprehensive strategy. But it can acknowledge that our strategy must include three key points.

First, we must identify, empower and promote Jewish and Arab voices who respectfully understand Christianity and stand with the State of Israel. Jewish voices like Kay Wilson, articulate and witty survivor of thirteen vicious stab wounds in her attempted murder by Palestinian terrorists in 2010 – the same year as the first CatC conference. Like Yishai Fleisher, well known to readers here, who recently attended the National Religious Broadcasters convention in Nashville, Tennessee, engaging in spirited and respectful dialogue with leaders of U.S. evangelical Christianity. Like Jonathan Feldstein, an orthodox Jew who regularly and successfully writes for the top evangelical magazine, Charisma. Like Ardie Geldman who for more than ten years has addressed anti-Israel tour groups, most of them ‘Christian,’ that include a token visit to ‘a settler’ in Efrat. Like orthodox Rabbi David Nekrutman, pursuing a Masters degree in Christian studies at Oral Roberts University. 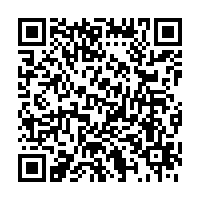