As reported earlier, Israel opened fire into Syria on Tuesday, after four Israeli soldiers were wounded by a roadside bomb on the Golan Heights. One of the four was seriously wounded and was evacuated by medical helicopter to a Haifa hospital.

IDF spokesperson Peter Lerner explained that the IDF patrol noticed “suspicious movement” along the border with Syria. When the troops went to investigate, the bomb went off.


“Clearly this is a grave result and we will be following it,” Lt. Col. Lerner told France 24.

The IDF firing into Syria was intended as a sharp warning that it will forcefully defend its soldiers and the citizens of Israel.

Lerner said it was too early to blame any group for Tuesday’s attack. Israel has been on high alert for attacks by Hezbollah after a suspected weapons convoy was struck by Israel in February. That convoy was believed to be transporting sophisticated weapons from Syria into Lebanon, for use by the terrorist organization Hezbollah in its terrorist war against Israel.

Lerner said Israel targeted Syrian positions on Tuesday because it holds Syria responsible for all attacks emanating from its territory.

“We view the Syrian army as responsible for the incident,” Lerner said. “I can’t confirm that it was Hezbollah behind this, but it wouldn’t be the first time.”

Hezbollah fighters have been engaged in shoring up Syrian forces loyal to Assad in the three years long civil war raging within that state. Along with government forces and Hezbollah, opposition forces seeking to oust Assad from power are also fighting in the region.

Last Friday, IDF soldiers were targeted by a roadside bomb that detonated as a border patrol convoy was passing along the Israeli border with Lebanon, near Har Dov. Israel responded with tank rounds and artillery. 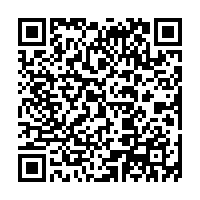