As we continue to focus on our Holy City of Jerusalem as the make-or-break issue in the bid for an agreement with Fatah-Hamas, it is important to note how the Arab and left-wing side of this dispute views Jews living in eastern Jerusalem.
Ir Amim, a radical left organization that encourages Israel to make far-reaching concessions toward a PLO state, features a webpage on its site titled “Israeli settlements within Palestinian neighborhoods in East Jerusalem.”
The title alone contains three misnomers: “Palestinian neighborhoods” do not exist in Jerusalem, as the Palestinian Authority has no status, legal or otherwise in Jerusalem; the term “settlements” implies that the areas are independent entities not connected with Jerusalem when in fact, the places mentioned are all within Jerusalem’s municipal boundaries; and “East Jerusalem” appears to indicate that there is a city by that name that is distinct from Jerusalem – which is untrue; in 1980, Israel legally annexed eastern (and northern and southern) Jerusalem, and they are full-fledged neighborhoods of its capital city.
Nevertheless, it is informative to look at the eight sites of Jewish renewal on the Ir Amim list, rebut some of the anti-Zionist claims about them, and learn what it special and inspiring about each of them individually and all together.
The list contains eight sites: City of David (Ir David/Silwan), Sheikh Jarrah (Shimon HaTzaddik), Maaleh Zeitim, Beit Orot, Nof Zion, Kidmat Zion, Beit Yehonatan, and Maaleh David.
Just for starters, no one currently lives in Maaleh David; Beit Yehonatan is exactly one building; and Kidmat Zion is comprised of some five families living in two buildings in an area purchased by Jews 70 years ago. Arab violence and British indifference ultimately prevented that area from becoming Jewish.
We have discussed, in a previous column, the Shimon HaTzaddik neighborhood. Let us concentrate for now on the largest Jewish area on the above list: Ir David, the City of David.
The City of David is the core of ancient Jerusalem, where King David established his kingdom and the capital of the First Jewish Commonwealth. From this core sprouted what has become the world’s classic Holy City, the City of Gold, the heart of the Jewish People – Yerushalayim. Many chapters of the Bible were likely written from, and about, this sloping hill. It begins at the still-extant Gihon Spring – the city’s main water source during Holy Temple times – and reaches up towards the site of the Beit HaMikdash, built on Mt. Moriah by David’s son King Solomon.
Today, its location is below the main exit from the Western Wall (Dung Gate), beginning at what is now the famous Givati Parking Lot, and descending towards the southeast. The City of David is part of the National Parks Authority, known as the City of David (Jerusalem Walls) National Park, and is run by the Elad (To the City of David) Association. Some 60 Jewish families currently live there, helping secure this historic area for the Jewish nation.
Ir Amim says that City of David-Silwan is a “Palestinian village located in the heart of Jerusalem’s historic basin [that] has undergone an accelerated process of Israeli takeover, mainly in the area of the City of David.” The Elad Association is thus accused of attempting to transplant a “foreign, Jewish presence” into what is a “peaceful, overwhelmingly Arab” area.
In fact, however, photographs from nearly 150 years ago show that the area was barely settled, if at all; modern settlement on the City of David ridge began in the 1870s when the Meyuchas family, a Jewish rabbinical family from Jerusalem, moved outside the walls – possibly unwittingly becoming the first Jews to move back to King David’s Jerusalem in centuries.
How did the area become saturated with Arabs? In the years leading up to the War of Independence in 1948, the nearby Arab village of Silwan expanded and crept up the City of David ridge, and after the war, the entire area came under Jordanian control. From ’48 until ’67, the Arab takeover naturally continued in full force under Jordanian auspices – and it did not stop even after Israel returned to the area during the 1967 Six-Day War.
Modern Jewish settlement efforts in the area began in the early ’90s. The following selection from the Ir Amim site could presumably have been written by the City of David founders as well: “Jewish settlement efforts were motivated by two main forces: the national-religious motive, and the political will to thwart any possibility of dividing the city as part of a future agreement between Israel and the Palestinians.”
As has previously been explained in this space, support for Jewish construction and settlement in Arab-populated areas of Jerusalem makes it that much harder to divide the city in half – the very goal of those who favor a two-state solution. Conversely, opposition to Jewish residence in eastern Jerusalem means giving over the areas that are so precious to the Jewish People – the Old City, Mt. of Olives, City of David, Mt. Zion, etc. – to Arab sovereignty.
As Ir Amim states, Elad’s policy of controlling the areas around the Old City is “designed to cut the Old City off from East Jerusalem [sic], and to connect it to Jewish settlement blocs in northeast Jerusalem and the E-1 area [near Maaleh Adumim]. These plans have a decisive political and international significance, because their implementation would further complicate the possibility of arriving at a viable agreement between Israel and the Palestinians.”
If a “viable agreement” means cutting off the Old City and the City of David from the rest of Israel, Ir Amim is totally correct. Even Yitzhak Rabin did not wish to reach such a “viable agreement” – as he said in his last Knesset speech, on Oct. 5, 1995, when listing the elements he would insist on in an agreement with the PA: “First and foremost, united Jerusalem, which will include both Maaleh Adumim and Givat Ze’ev, as the capital of Israel, under Israeli sovereignty.”
This is the part of the Rabin legacy to which we should aspire.

For more information on how to participate in keeping Jerusalem Jewish, via updates, bus tours of critical parts of Jerusalem, and more, send an e-mail to tours@keepjerusalem.org or visit the Keep Jerusalem-Im Eshkachech website at www.keepjerusalem.org.

Chaim Silberstein is president of Keep Jerusalem–Im Eshkachech and the Jerusalem Capital Development Fund. He was formerly a senior adviser to Israel’s minister of tourism. Hillel Fendel is the senior editor at Israel National News/Arutz-7 and an author. Both have lived in Jerusalem and now reside in Beit El.

Their column appears every other week. 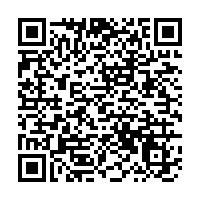