Home InDepth Columns A Year In Poland
Share on Facebook
Tweet on Twitter
For many, Polish Jewry is a misnomer; they (even those that come to visit) think that there is no longer any Jewish life, that it was all killed in the Holocaust. In the past year, I have been privileged to see just how much life there is in Poland.

My first trip to Poland was in time to celebrate Sukkot with the community. A joyous time anywhere, but psychologically celebrating Simchat Torah, where the Nazis had once tried to wipe out all the Jews, has a special meaning.

The overflow crowd of nearly 1,000, listening to the chazzanut of Joseph Malovany at the Nozyk Synagogue.

Then I returned for the opening of the Yeshivat Chachmei Lublin, a yeshiva that, during its six short years of operation, was at the forefront of Jewish religious education. Many dignitaries attended the event, both to remember the past, and hope for a better future.

In June I was supposed to go to the opening concerts of the Krakow Jewish Festival, but got sidetracked and went to Warsaw for the weddings and Bar Mitzvah of members of the kehillah, proving that there is still Jewish growth in Warsaw. While in Warsaw I also attended the cornerstone ceremony for the Museum of the History of Polish Jews. I then made a side trip to Czestochowa for the opening of the local JCC and then made my way back to Krakow for the final days of the festival.

On my latest trip I met with, Rabbi Ephraim Miezel, a recent arrival in Poland, who came to open a kollel as part of the Torah MeZion program of Jerusalem. He came, with his wife and two children, to deliver Torah classes. As always, one cannot come to Poland for just one event. I attended the rededication of the three Ohalim in Piotrkow, as well as the Day of Remembrance in Lodz.

Lodz community leader, Simchat Keller, directing the workers, as they pour cement for the new mikveh in Lodz.

As the summer in Poland begins with the Jewish Festival in Krakow, the Isaac Bashevis Singer Festival in Warsaw marks its end. The opening night saw an overflow crowd come to the Nozyk Synagogue to listen to the great Chazan Joseph Malovany, and two of his students, sing along with the Jewish Choir of Moscow.

All these activities that I have witnessed, as well as many others that I have not been around for, prove that the Jewish community, both religious and secular, is strong and vibrant. Rabbi Schudrich is looking forward to many more advances in the coming year including a reliable kosher restaurant that will open, IY”H, after Pesach.

Another project, to which Rabbi Schudrich is looking forward, is the completion of the building of the Lodz mikveh. This past week saw the pouring of the first cement for the foundation of the mikveh. In the past, in order to use a mikveh, one had to travel to Warsaw, a two-and-a-half-hour train-ride each way. So building a mikveh in Lodz will enable many more people to participate in this major mitzvah. 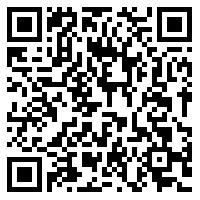