In the run-up to President Barack Obama’s controversial nuclear deal with Iran, the U.S. military under the Obama administration reportedly used American spy satellites to monitor Israel Defense Force actions, out of concern that the Jewish state would strike Iran’s nuclear program.


This revelation and a few other key points that did not get spotlighted by the news media were contained in an extensive New York Times Magazine story titled “The Secret History of the Push to Strike Iran.” The story says it is based on accounts with “dozens of current and former American, Israeli and European officials,” including many top American and Israeli officials cited on the record.

The piece documents the fractured relationship between Israel and the Obama administration on a host of issues, especially disagreements over the emerging nuclear talks with Iran. The Israeli government was initially kept in the dark about the early talks that eventually became the Joint Comprehensive Plan of Action (JCPOA), the deal that President Trump would later withdraw from.

The Times reported that Obama saw the JCPOA as the “centerpiece of his foreign-policy legacy.” For Prime Minister Benjamin Netanyahu, however, the newspaper reported that the deal would, according to The Times’ characterization, “be the ultimate betrayal – Israel’s closest ally negotiating behind its back with its most bitter enemy.”

The newspaper reported that in the lead up to the talks, the Obama administration spied on Israeli military movements near Iran.

The Times reported: Obama took the possibility of a sudden Israeli strike seriously. American spy satellites watched Israeli drones take off from bases in Azerbaijan and fly south over the Iranian border – taking extensive pictures of Iran’s nuclear sites and probing whether Iranian air defenses spotted the intrusion. American military leaders made guesses about whether the Israelis might choose a time of the month when the light was higher or lower, or a time of the year when sandstorms occur more or less regularly.”

This is not the Obama administration’s only alleged surveillance actions concerning the nuclear deal. Another action reportedly spied on American citizens.

In 2015, The Wall Street Journal cited current and former U.S. officials at the time divulging that U.S. surveillance programs captured communications between members of Congress and Israeli leaders, providing intelligence information about Israeli efforts to lobby against the JCPOA.

The Journal further reported that the surveillance “also swept up the contents of some of their private conversations with U.S. lawmakers and American-Jewish groups.”

Meanwhile another telling tidbit in the Times piece reveals that Barack Obama was so radical in his views about Israel that Prime Minister Benjamin Netanyahu emerged shellshocked, ashen faced and traumatized after his first White House meeting with the newly-elected president in May 2009, according to an adviser who was present.

One section cites Uzi Arad, a former top Netanyahu adviser, describing the scene after Netanyahu emerged from his first private Oval Office meeting with Obama. The section also quotes Netanyahu confirming that Obama “adopted most of the Palestinian narrative.”

“But when the door opened, it was Netanyahu who appeared shellshocked, Arad recalls: ‘Bibi did not say anything, but he looked ashen.’ It was hours later when he told aides that Obama had attacked him and implored him – actually demanded him, in Netanyahu’s view – to freeze Israel’s settlements in the West Bank right away, with ‘not a single brick’ added in the future, according to an Israeli official with direct knowledge of the meeting. ‘Bibi left that place traumatized,’ Arad says.” 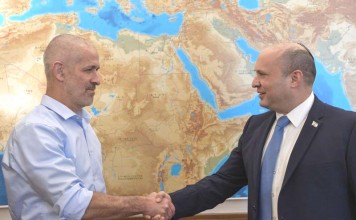 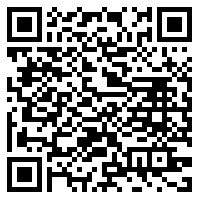