The Israel boycott-promoting and anti-police Dream Defenders organization has announced it is all in for Sen. Bernie Sanders and will organize across Florida in a bid to help the socialist politician secure the Democratic nomination for president.

Gillum himself is currently engaging in an effort to register 1 million new voters in Florida ahead of the 2020 presidential election in a bid to turn Florida blue. He is working alongside an effort by progressive organizations, many financed by billionaire activist George Soros, to restore voting rights for Florida’s nearly 1.4 million ex-felons as the nation’s biggest swing state seems poised to play a pivotal electoral role in the 2020 presidential race.

The Florida-based Dream Defenders announced it is not only endorsing Sanders but will “be working tirelessly to mobilize young people to the polls this primary” to ensure Sanders is victorious.

Dream Defenders co-founder Philip Agnew stepped away from the organization and is serving as an official national surrogate for Sanders’ presidential campaign.

Dream Defenders set up a “For Bernie” section on its website and is calling for volunteers to help its ground game effort to elect Sanders, exclaiming, “We need all hands on deck.” Dream Defenders said that Sanders’ “political agenda most aligns with our own,” including the group’s following extreme positions (quoted exactly from their Sanders endorsement page):

The organization’s “For Bernie” mission page goes on to attack capitalism. It claims that “under capitalism, the needs of people and the planet are always secondary to the profit motive. Other candidates are offering BandAid solutions to problems that, without deep economic transformation, will only persist.”

Dream Defenders has engaged in activism to promote the boycott of Israel and espouses anti-patriotic, anti-capitalism, anti-military, and anti-police ideology. Dream Defenders’ website refers to the entire state of Israel as the “site of a continued settler colonial project,” and laments U.S. military aid to the Jewish state.  A large section of the site promotes the group’s anti-Israel activism.

Breitbart News reported Dream Defenders compiled an education tool for U.S. teachers about “liberation” movements that glorifies the Popular Front for the Liberation of Palestine (PFLP), a deadly terrorist organization.

The organization’s “Freedom Papers” exclaim that “police and prisons have no place in ‘justice.’” The Dream Defenders “Freedom Papers” also advocate textbook socialist principals such as claiming that “by virtue of being born each of us has the absolute right to adequate food, shelter, clothing, water, healthcare, effective public transportation, dignified work, living wages.”

As Breitbart News reported, a simple perusal of the website of Dream Defenders evidences the group’s open radicalism. The organization calls for an “end” to “disaster capitalism,” rants against Independence Day and spreads anti-Israel charges. 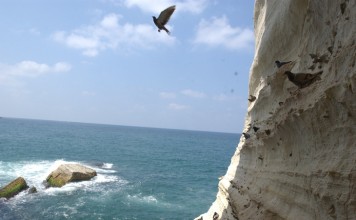 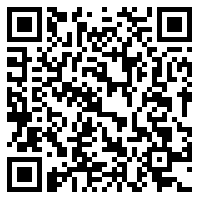