The borough president has long been a friend of the Jewish community; he’s certainly not a racist. However, in remarks to an enthusiastic largely black crowd, he addressed the following words to transplanted Iowans and Ohioans (Iowa and Ohio are 91 and 82 percent white, respectively), “Go back to Iowa, you go back to Ohio.”


Why should they leave New York? He explained:

New York belongs to the people that was here and made New York City what it is…. You were here before Starbucks…. You were here before others came and decided they wanted to be part of this city…. They are folks who [are] not only hijacking your apartments and displacing your living arrangements; they displace your conversation and say things that are important to you are no longer important…. And they decide what’s important and what is not important. [emphasis added]

Okay, but how about Urban Dove students who would all be newcomers to a stable, safe, residential, well-established, largely Jewish, upper middle-class community – a community with tree-lined streets and upscale homes served by a surfeit of top-notch schools? Urban Dove educates students who failed 9th grade. Disciplinary problems are rife. Many of its students reportedly are members of gangs. In fact, Urban Dove requires a large police presence at dismissal time to deal with endemic violence among students.

So Urban Dove comes with no ties to the community and won’t contribute one iota to its well-being. More than likely, it will detract from it. So why are those most vocal in decrying the impact newcomers are having in African-American areas silent on the Urban Dove issue?

In every set of media interviews in predominantly African-American communities during the current spate of anti-Semitic attacks by blacks on Jews, the constant refrain is that economic aggression against blacks by interloping Jews is at the core of the problem. Invariably, media outlets embrace this analysis.

Left unremarked is that the so-called interloping Jews actually contribute to the local community by creating new job opportunities, among other things. The same cannot be said about Urban Dove coming to Midwood. But Midwood Jews still get tagged as racist. And so it goes. 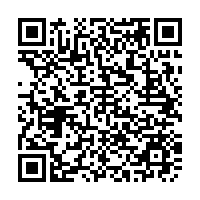