When she was an associate dean at the University of Chicago, Michelle Obama organized a panel discussion featuring her husband, then a state senator, as well as Bill Ayers, the infamous former leader of the Weather Underground anti-American domestic terrorist group.


The detail was documented by this reporter in 2008 and may be among the material that becomes newly relevant amid speculation the former first lady could be picked as Joe Biden’s running mate.

Such a move could set off renewed scrutiny of Michelle Obama’s past radical associations.  Her husband’s past radical ties became hot-button issues during the 2008 presidential election, but Michelle’s similar ties remain largely unexplored.

One such association runs through Ayers, who maintained a longtime close relationship with Barack Obama until the politician publicly denounced Ayers when the problematic association became a theme during the 2008 race.

While Obama’s ties to Ayers have been widely reported, it is not as well known that Michelle Obama hosted Ayers and her husband at the November 20, 1997 University of Chicago Community Service Center event on juvenile murderers.

Michelle Obama’s office organized the five-person panel discussion titled, “Should a child ever be called a super predator?” The panel was about whether child murderers should be tried as adults.

That year, Ayers had authored a book titled, A Kind and Just Parent: The Children of Juvenile Court.

“We should call a child a child. A 13-year-old who picks up a gun isn’t suddenly an adult. We have to ask other questions: How did he get the gun? Where did it come from?” Ayers asked.

Comments about murder are instructive coming from Ayers given that his Weather Underground took credit for 25 bombings, including bombing the Capitol building in 1971 and attempting to bomb a military induction center in Oakland, California.  Ayers’s group also set off bombs in the women’s restroom in the Pentagon, the California Attorney General’s office and a New York City police station.

In a New York Times in an interview released Sept. 11, 2001, Ayers said, “I don’t regret setting bombs. I feel we didn’t do enough.” The piece featured an image of Ayers stepping on an American flag.

Fourteen years before China was widely accused of covering up its coronavirus outbreak, U.S. diplomatic cables confidentially charged that China attempted to hide the deadly H5N1 strain of avian influenza, also known as the bird flu.

The government cable told a story of Chinese officials outright misleading American officials about the 2006 bird flu outbreak while engaging in a media blackout and disseminating “misinformation.” The storyline included a man visiting “wet markets” in Guangzhou.

On the same day the man died of the avian influenza, the cables say that top Chinese public health officials from Guangzhou claimed to a U.S. medical military delegation that not a single reported case of avian influenza – either human or animal – had occurred in over a year in Guangdong province.

The 2006 cable was previously posted on the Internet by WikiLeaks. The cable takes on renewed significance considering the current Chinese coronavirus global pandemic.

The U.S. consulate cable was transmitted to the CIA, U.S. Pacific Command, the Centers for Disease Control and Prevention as well as various State Department branches, including the Secretary of State.

It told the story of a 32-year-old man who fell ill with the bird flu on February 22 of that year and died on March 2. In what might seem like an eerily familiar pattern today, the cable from 15 years ago states:

On the same day of the death, top Guangdong public health officials declared to a U.S. medical military delegation that no reported AI case (human or animal) had occurred in over a year in Guangdong province.  This misinformation comes in addition to other reported media blackouts.  It appears that it is only because of pressure of Western media leaks, which eventually forced mainland media to provide more detailed information. 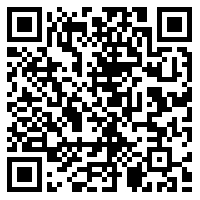