Earlier this month, I wrote an article (“Emotions Over Antisemitism Run High At CUNY,” Sept. 2) about antisemitism at the City University of New York and Brighton Beach-based Kingsborough Community College. In the article I quoted former Assemblyman Dov Hikind, who now runs a nonprofit organization, Americans Against Antisemitism. He took aim at two current state assemblymen who represent two different types of constituencies in Brooklyn neighborhoods. One assemblyman represents the neighborhood where Kingsborough Community College is located and the other represents a mostly religious Jewish community.

While I always welcome feedback about my writings, I found their thoughts to be especially appalling, which is why I had no choice but to write about this incident in my column.

I want my loyal readers to know the painstaking lengths I go to in writing the articles you have enjoyed reading over the past seven years. I record every conversation to ensure accuracy, transcribe the recordings – which takes many hours – and then I simply copy the interviewees’ comments into a document to tell a story you would enjoy reading. I also write lead-ins to each quote to bring clarity to what the newsmaker is saying or trying to say. This is how I stay true and loyal to you, the reader.

I have a thick skin for negative feedback, which I have received a few times over my 43 years of reporting from the Capitol, but I have no tolerance for elected officials who try to censor the news or try to manipulate the story in their favor. Too many times you will hear about a newspaper editorial board being liberal or conservative. I have a habit of avoiding those labels and writing news stories that are sometimes conservative and sometimes liberal but mostly taking multiple points of view to demonstrate more than one opinion when the topic is called for.

Too many times, state lawmakers are distressed when the messaging to their constituents is disrupted by reporters who simply reveal what others say about them. What is particularly distressing to me are the reporters who buy into this mindset because journalism doesn’t pay very well and younger scribes are merely looking to get ahead to achieve a bigger paycheck, possibly working for one of the state lawmakers they protect.

I’m sure the backlash about the article I wrote about antisemitism will be severe. So far, one assemblyman said he wants to be “unsubscribed” from any future emails I might send to his Assembly email address, even though the system does not work that way. You cannot unsubscribe from a government email address. These email addresses are for the public to communicate with an elected official.

As for the other assemblyman, his office has cut off all communication with me, even though I have known the assemblyman since he succeeded his wife in 2000 after she died from cancer. Personally, I admire the work he has accomplished in the state legislature and I have told him so.

If these lawmakers have a thick skin, they will continue to speak to me, not ostracize me and offer their thoughts and comments for future stories. Just remember a saying that goes back many centuries, don’t argue with the man who buys ink by the barrel. You will never get the last word.

As we begin a new year in the Hebrew calendar, I hope my thoughts in this column will bring solace and healing to those who felt offended by someone else’s comments that I chose to include in an article without fear or favor; only keeping with my readers need to know in mind.

Ending on a Sweet Note for a Sweet New Year

Tu B’Shvat (Monday, January 17, 2022) and Arbor Day (Friday, April 22, 2022) were a bit late this year at the Governor’s Mansion in Albany. Last month, Governor Kathy Hochul had a private ceremony with former Governor David Paterson to plant a tree in Governor’s Grove at the residence of the chief executive.

“Governor Hochul called me in the spring and said each governor has a chance to honor a former governor and she was choosing me,” Paterson, who is legally blind, told The Jewish Press as he was driven into the Executive Mansion and stopped to answer a few questions. “The first thing I thought about was, I could have honored a former governor, because just think of the former governors I could have possibly honored by planting a tree for them. I might have done it for Teddy [Roosevelt] since FDR, my hero, was already taken.”

Paterson said he also had another choice in mind: his predecessor.

“I might have done it for Eliot [Spitzer] because without him I wouldn’t have been there,” Paterson quipped.

Paterson served as Spitzer’s lieutenant governor from January 1, 2007, to March 17, 2008. When Spitzer resigned due to a sex scandal involving prostitutes, Paterson, 68, like Hochul, 64, took over the reins of state government and served until December 31, 2010. Hochul took over the reins of government on August 24, 2021, upon the resignation of Governor Andrew Cuomo, amid allegations of sexual harassment.

The trees in Governor’s Grove are all sugar maples, the state tree of New York since being signed into law by Governor Averell Harriman on April 10, 1956. According to experts on such matters, sugar maple trees are known to contain the sweetest sap of all maples and is used to make most maple syrup and maple sugar. The sugar maple also features spectacular fall foliage, ranging from yellow to orange to red each year. There are eight other states and the Province of Quebec that consider the sugar maple the official state and provincial tree. 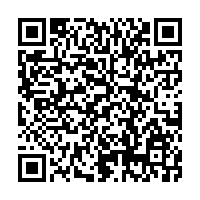