I’ve heard many people say that America has no vital national interest in Syria. Well, how about this.

When I was an American living in England for 11 years it stuck me that one of the principal differences between my country and the UK was the lack of Union Jacks flying from people’s homes and businesses. In America countless homes have the stars and stripes flying as do many stores. It’s ubiquitous.


Why the difference? I always believed it was the fact that Americans have immense pride in being American while other countries don’t celebrate their national heritage as much. Yes, the British do so on special occasions like a royal wedding. But we Americans do so on ordinary days as well.

The reason: because America stands for something. It was the world’s first modern constitutional democracy. It threw off the yoke of a tyrant and established the people’s rule. More recently it liberated Europe from the tyranny of Nazism, liberated Iraq from the mass murderer Saddam Hussein, and was instrumental in purging Libya of the butcher Gaddafi.

Americans are justly proud of how we embody human liberty. Europe was once part of this alliance, especially in the Second World War where Britain, especially, was exemplary. But since them, the Europeans have taken a cynical approach to liberating incarcerated peoples and the prevention of genocide.

But what happens to American pride when we begin to watch bodies of gassed children and choose to remain innocent bystanders? What are we to be proud of then? A lofty standard of living? High speed internet? Cheaper gas then Europe?

Americans are driven to advance their country because they believe in their country. Our national promise is predicated on an affirmation of our values.

I cannot imagine loving America with the same passion that courses through my veins if America doesn’t use its righteous might to protect the innocent and the weak. I will always be a proud American. But that pride stems from the values we espouse and promote.

Yes, I realize we can’t be the world’s policeman. Even our strength and resources are limited. But I come back to a famous Rabbinical teaching in Ethics of Our Fathers that says, “It is not for you to complete the work, but neither can you wash your hands of it, either.” We’re not obligated to intervene in every atrocity. Nor are we capable. But neither can we turn a blind eye to the most egregious violations of human rights. If we do so then we are misusing the wealth and strength of our nation.

The Rwandan genocide, whose twentieth anniversary is this coming April, was all coordinated from a single radio antenna. The United States was asked to fire a single missile that would have destroyed the transmitter. The Clinton Administration refused because it was spooked by the events of Black Hawk down that had transpired a few months earlier in October, 1993. But that one missile could have largely prevented a mass atrocity that claimed the lives of nearly one million people.

We are not the world’s policeman. And our national debt is becoming a crisis of its own. But we can afford a few cruise missiles fired at Bashar Assad’s air force and presidential palaces, which will force the tyrant to live in the underground bunkers that should be the abode of monsters who gas their people. 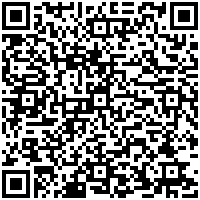