A Polish couple pleaded guilty to the desecration of a historic site for destroying a Holocaust-era Jewish hideout in the Warsaw apartment the couple was renting. The hideout was made into an official historic monument in 1999.

A Holocaust hideout built by a Warsaw ghetto inmate was destroyed by a polish couple who pleaded guilty to the desecration of historical property.


Dariusz P. and Elzbieta P. were indicted after their actions were discovered in 2012. They had removed the wardrobe hideout to make space for a kitchen. The original hiding place was built by Warsaw ghetto inmate Leon Jolson.

He and his wife, who survived the Holocaust, hid their family there from 1942 until September 1944, but his mother died while in hiding, the Associated Press reported.

Lapid in Berlin to Celebrate Nazis’ Defeat with Holocaust survivors 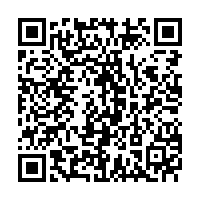