President Obama has dropped the hammer on sixteen Democratic senators who have joined a bold Robert Menendez, Democrat of New Jersey, and Mark Kirk, Republican of Illinois, in co-sponsoring new legislation that will increase sanctions against Iran should they fail to follow through on their pledges to halt uranium enrichment. The Nuclear Weapon Free Iran Act of 2013 has also attracted forty-three Republican co-sponsors bringing the total to 59. If they get to 67, they will have a veto-proof majority, something the White House is doing everything to prevent.

One of those brave sixteen is my close friend Senator Cory Booker, who has had a unique and special relationship with the Jewish community since I met him as an undergraduate at Oxford University in 1992. As is well known, Cory served as president of my Oxford L’Chaim society, where he arguably became the first African-American-Christian head of a major Jewish organization in history. Cory and I then began studying Torah on a regular basis and he has probably been invited to lecture more American Jewish communal venues than any other political figure in the United States. What Cory has seen, as have his other intrepid senate colleagues, is that Iran is an immense danger to the world in general, and Israel and the United States in particular.


Iran is a menace. This is a regime that exhibits brutality in every field. I just finished reading Days of God, by James Buchan, which is a phenomenal history of modern Iran, from Reza Shaw’s time, who ruled Iran from 1925-1941, to Muhammad Reza, who ruled as Shah until 1979, through Khomeini’s Iranian revolution of that same year to the regime currently run by the murderous and barbarous Ayatollah Ali Khameini.

This is a regime that recruited boys from the age of twelve to fight against Saddam’s armies in the ten year Iran-Iraq war. This regime even had ruthless Iraqi soldiers crying as they mowed down Iranian boys attacking them across battlefields, and Iran used children in the Iran-Iraq war to clear minefields, as detailed in Ami Pedahzur’s Root Causes of Suicide Terrorism. It is the same regime that stones women to death for accusations of infidelity. It hangs homosexuals from cranes in the capital of Tehran. It is the regime that our state department lists as one of the foremost global exporters of terrorism. It funds Hezbollah, which blew up 241 American peacekeeping marines, soldiers, and sailors in 1983 Beirut. It is the regime which mowed down their own people in the streets of Tehran in the Green Revolution of 2009, when innocent Iranians protested a stolen election. And it is the regime that publicly shot 26-year-old protester Nada Agha-Soltan in the heart.

Today Iran, like a heat-seeking missile, continues to seek out warm Jewish blood wherever it may be spilled, like the 2012 brutal murder of six innocent Israelis who planned simply to lie on a beach on a Bulgarian vacation but instead came home in a box.

That Obama is placing all the pressure on 16 Senators from his own party rather than squarely on the Iranians where it belongs is, sadly, true to form. Whatever debatable successes the President has had in domestic policies, what is indisputable is his catastrophic foreign policy. Iraq today has turned into one giant suicide explosion and large parts of the country, like Fallujah, where so many marines died, are slowly going over to Al Qaida. Egypt is a mess and utterly distrusts the United States. John Kerry comes to Israel every week to make what he calls an urgent peace between Israel and the Palestinians yet utterly ignores the 130,000 dead in the Syrian Civil War, just slightly to the north. Russia has gained the upper hand over the United States in global diplomacy and Vladimir Putin bestrides the world like a colossus. And with all that, President Obama is insistent on pressuring brave Democratic Senators of his own party, who want to keep Iran in check, so that he can hand over to the murderous mullahs $10 billion so that they can prop up their regime without demanding that they dismantle their nuclear framework. A great deal of the President’s pressure is falling on our newly elected Senator Cory Booker of New Jersey.

Last month I and Birthright-co-founder Michael Steinhardt, who is also a former chairman of the Democratic Leadership Council, took out full page ads in the New York Times and Wall Street Journal promoting the message of my hero and friend, Nobel Peace Laureate Elie Wiesel, to whom I introduced Senator Booker, beseeching President Obama, as well as the United States Senate, to insist that Iran’s nuclear facilities be dismantled. Inspections, Wiesel said, are not enough as we discovered with North Korean who agreed to a similar deal in 1994 only to lie and detonate a bomb in 2006.

Contrasting Wiesel’s call in the Jewish community was Peter Beinart, a member of Cory’s Rhodes Scholar class and someone I hosted at Shabbat meals at Oxford. While Beinart and I remain friendly, that did not stop him from savaging Cory (do I detect a hint of envy?) for his close relationship with the Jewish community in general, and me in particular, in a column where Beinart was forced to change the libelous subhead after he claimed it was written by an underling without his approval. Unlike Wiesel who is known as one of the most respected moral voices in the word, Beinart, of course, is best-known for calling for a boycott on Israeli products like Soda Stream because they are manufactured beyond the green line, the arbitrary armistice line of 1949 where the Arab armies, threatening Israel’s annihilation, were halted. Beinart’s column and forum, Open Zion, has now been canceled by the Daily Beast, presumably due to lack of interest, and he has been reduced to writing his screeds in Haaretz, where he has become yet another tiresome critic of Israel. Beinart has accepted my invitation to debate me on Iran and we hope to shortly stage the event.

Beinart and his kind scapegoat Israel’s settlers as principal obstacles to Middle East peace while Khomeini himself scapegoated the United Sates for the same. Khomeini’s followers coined the now familiar Iranian chant of America as the great Satan. Today, Iran is developing intercontinental missiles with a range that could reach targets in the continental United States. But even if that were not the case, imagine how courageous it must be, to be a Democratic senator like Cory Booker, to oppose, as one of your first acts as a newly elected Senator, the leader of your own party, the President of the United States, on insisting that Iran now acquire weapons of mass destruction.

In 1955 President John F. Kenney published his Pulitzer-Prize winning book, Profiles in Courage, which detailed gutsy actions on the part of United States Senator who followed their conscience on matters of principle even if it lost them votes or ran afoul of their own party. Since then the American people have significantly soured on Congress, which today has an approval rating of just nine percent. But what Cory and his 15 other Democratic colleagues have shown is that courage in the United States Senate is alive and well.

Why Peter Beinart’s Judaism is Doomed 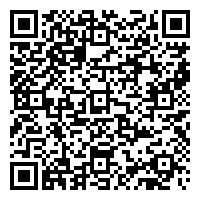