I joined the Jewish Press Emunah family four years ago when I wrote about my fall down a flight of stairs while holding my granddaughter. Baruch Hashem, my 16-month-old granddaughter came out without a scratch, but I became paralyzed and needed six months of rehab. Hashem saw fit to save me, and to help me recuperate.

Later, I wrote about the delicate spinal surgery I had to undergo to correct residual physical problems. Once again, with Hashem’s help, my surgery was successful.


Here now is an update on Hashem’s latest miracle that occurred last week: After going to my neurosurgeon for an annual routine checkup, he suggested I have an MRI. All seemed well when I was done. I was surprised, however, that the MRI lasted only 15-20 minutes, whereas my previous ones had lasted closer to 40 minutes. I called Dr. R., the head of the radiology department, and asked him to please read the results so that I would not have to wait too long for the results.

Dr. R. reprimanded me in a nice way. He said that I should have called him before the MRI so that he would have made sure to have an experienced technician administer the test, since my case was complex due to my spinal injury. He promised to call me back when he got to the hospital.

I kept my cell phone on all evening. I forgot to close the phone when I went to sleep and, lo and behold, at 6:30 a.m. I received a call from this angel. Dr. R. admonished me again for not letting him know about my MRI in advance, since he had found reason for concern. He had noted significant changes when comparing the present and previous MRIs, and he felt that I might need further surgery. He reiterated that a better-trained technician would have taken more time and administered more advanced tests, so that the results would be clearer. He insisted that I come in for another MRI that morning, free of charge. He promised to personally supervise this test.

Needless to say, I was quite nervous at the prospect of further surgery. After the test was done, Dr. R. calmed my fears by reassuring me that this test, which was more accurate and more detailed, showed that no surgery was necessary. I was stunned. My personal angel had appeared again, and Hashem had once again spared me from further stress and risky surgery.

Had Dr. R. not intervened, my first MRI would have been submitted. The neurosurgeon would have read the report and would probably have recommended surgery. I was spared this trauma due to this wonderful messenger, the head of the department, who took the time to care.

My elderly mother, may she live and be well, recites the complete Book of Tehillim every day. I believe that it is in her zechus, and hopefully in mine as well, that I merited having this personal angel come to my rescue. I express my appreciation to Hashem for always being at my side and for sending me the proper messengers at the critical junctures in my journey to good health. 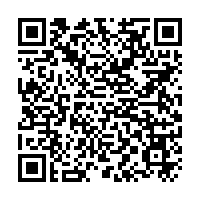