According to the Zohar, Korach – whose name literally means bald in Hebrew – resented the fact that he was shaven while Aharon the Kohen Gadol was dressed in clothes befitting a king (Zohar, Tazria 49a). The Talmud (Sanhedrin 110a) relates that Korach’s wife told him that the Levites’ hair was shaved (Numbers 8:7) to humiliate him.

In these two sources, two words for hair appear: “saara” and “mazia.” Aramaic actually has two additional words for hair, “binta” and “nimah.”

Rabbi Dr. Jared Greenblatt argues that “mazia” is related to the Syriac/Aramaic “ma’azia,” which means “goat hair” and appears in multiple places in the Targumim (e.g., Targum Onkelos and pseudo-Jonathan to Ex. 25:4, 26:7, and 35:6); this word is clearly a cognate of the Hebrew word “eiz” (goat).

Rabbi Dr. Alexander Kohut (1842-1894) contends that “mazia” is unrelated to “ma’azia,” arguing that it is related to the Old Persian word for hair of the eyebrows.

“Mazia” appears in the Talmud in many places, including in the accounts of Mordechai asking Haman to cut his hair (Megillah 16a), Rabbi Akiva picking out hay from his wife Rachel’s hair (Nedarim 50a), and Rebbe allowing his hair to grow long as part of his repentance (Sanhedrin 25a).

The word “binta” appears in a famous Talmudic passage that compares death by divine kiss to “lifting a hair (binta) out of milk” (Berachos 8a). The Talmud refers to a type of medicinal leech called a “bini of the water” (Gittin 68b); Kohut writes that “bini” is related to “binta” as leeches are long and thin-like strands of hair.

In another famous Talmudic passage, the rabbis speak about taming the force of the Evil Inclination for idolatry, which took on the form of a lion made of fire. The Talmud relates that when the rabbis captured this fiery lion, a “hair-strand (binta) from its hair (mazia)” slipped off (Yoma 69b), symbolizing that the fight against idolatry is not completely over.

In this passage, the words “binta” and “mazia” appear side by side. They also appear together in Bava Metzia 84b, which relates that after Rabbi Elazar died, his body was kept in an attic for many years and did not rot, such that if a single hair (binta) slipped away from his hair (mazia), his body started bleeding.

One major player in the Korach saga was Ohn ben Pelet. He is initially listed as part of Korach’s entourage (Numbers 16:1), but later disappears from the story. The Talmud (Sanhedrin 109b-110a) explains that Ohn’s righteous wife saved him by uncovering her hair (“mazia”) when Korach’s men came to bring Ohn to the final showdown against Moshe. Seeing a woman with uncovered hair, they turned around and left.

The Talmud lauds the actions of Ohn’s righteous wife by applying to her the verse, “The wise among women builds (bantah) her house” (Proverbs 14:1). Rabbi Avraham Meir Israel (1913-1995) explains in Yalkut HaMeiri that “bantah” is phonetically similar to “binta,” thus hinting to the role of hair in this story.

The Bible reports that Benjaminite sharpshooters were said to be able to sling a rock at a hair (“saarah”) without missing (Judges 20:16). Targum translates the word as “binat saara.” Rabbi Eliyahu HaBachur (1469-1549) notes that with, three exceptions, the Targumim simply Aramaicize “saar” as “saara.”

Greenblatt theorizes that “saar” is a cognate of “se’orah” (barley) and suggests that barley is possibly called “hairy” because it has longer awns than wheat does. Indeed, the Mishnah uses the word “se’ar” to denote fibers that protrude from various produce (see Shabbos 21:3 and Kilayim 3:5). Greenblatt also notes that both sets of words may be related to “seir” (goat).

That said, it seems that the primary meaning of “nimah” is string or cord. It can mean the cords of a stringed instrument (Targum to Psalms 6:1, Tosefta, Arachin 2:7, Eruvin 102b) and the string of a bow (Targum to Psalms 11:2, Job 30:11). It can also mean threads used in sowing (see Shabbos 64a and 74b) or that stick out of clothing (Menachos 42b and Sukkah 9a). In fact, several linguists believe “nimah” is derived from the ancient Greek word “nema” (thread).

I have not found any explanation for why Talmudic Aramaic would have four different words for hair. However, based on the above, I would suggest: “mazia” specifically denotes a patch of hair, “binta” denotes a single strand of hair, and “nimah” denotes hair that sticks out or is otherwise undesirable. Finally, “saara” is simply an Aramaic version of a Hebrew word. 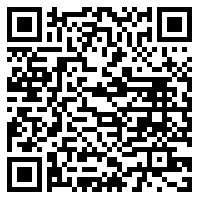