When he reached our shores, people heard him mumbling “I have no brain. I have no strength. And I know nothing!”

But one day he walked into shul and declared, “I do have a brain, I do have strength, and I know exactly what to do!


This man remarried, found work and raised a large family. He succeeded in starting over.

The second example comes from the words the holy Klausenberg Rebbe, zt”l, first uttered after returning from the war alone, his wife and children having been murdered. As he entered the beis medrash, he declared, eyes raised upward: Ribbono Shel Olam, I never realized how much you love me.” The Rebbe too, succeeding in starting anew, bringing future rebbes into the world.

Let each of us meditate and find meaning in the words of the Rebbe as we sit in our sukkahs and wave our four species in thanksgiving for being part of Hashem’s beloved Charming Nation. 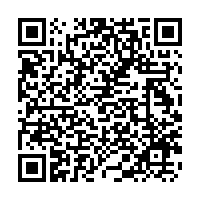